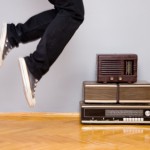 Another Mountain: The Fifth Grade Graduation

By fifth grade, he, too, held his breath, waiting for the quarterly PET scans results that would prove that I was in remission.

Posted in All in the family, Cancer Stinks | Tagged moms, remission | Leave a response

Suck it Up, Birthday Girl.

I signed the book contract, not sure if the 1967- would be filled in shortly.

While I hunker down to get my “baby” ready for the world, I’m going to post the video of my speech by the same name

Hats Off to Hope

The significance of my son wearing that particular hat for his D.A.R.E. program graduation, a de facto fifth grade graduation ceremony, was not lost on me

Posted in All in the family, Cancer Stinks | Tagged cancer, hope, remission | Leave a response

A Birthday Worth a Bundle

W for Wow: The Good-Enough Comeback

How could I explain to him that 10 minutes of mediocre soccer was actually a bit of a triumph for me?