BUZZ ON THE BIRDS AND BEES: Let's (Not) Talk about Sex

Their solution was to give their son a book, invite him read it in private, and offer to answer any questions he had.

My firstborn is just 24 hours into his teen years and there’s no telling which way he’ll go.

“God, you’re strong.” And I thought, Aren’t we all? At least, when we have to be. Aren’t all parents strong?

Enjoy some MommaSaid classics for “Just a Minute,” the funny things kids do: 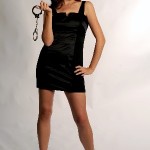 THE MOMINATRIX: How to Spice Up Sex, Mom

Sex after having kids can be more challenging than trying to get your wee one to eat a green vegetable.

The Decade When Parents Went Crazy

This was the decade that parents went overboard. Let’s get back in the boat in 2010.