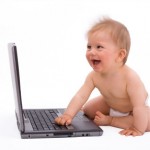 Wordless Wednesday — On the Road Again

Wordless Wednesday on the road again. 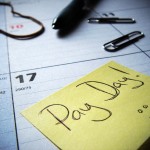 Even though “single working mom” is not the label I’d pictured for myself, the thought of earning my own regular paycheck is empowering, relieving and kind of cool.

If We Don't Come Back, We're Good.

I hear these horror stories of good teens gone bad, of the hormones holding the house hostage, of the sunshine of your life raining on your parade, blah, blah, blah. Maybe it will happen to him, to us. Maybe not.

Back in the day, I used to post funny stories on MommaSaid under the heading “Potties in Heaven.’

SIX O'CLOCK SCRAMBLE: Get Hooked on Seafood for Great Health

Does Your Baby-to-Be Really Need Beethoven in the Belly?