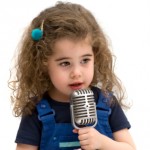 The Real American Idol is Down the Street

I texted my husband, who had wisely stayed home, “Bruuuuuuuuuce.” “Really?” he replied. “Is he there?”

Posted in All in the family, Days Like This | Tagged American Idol, Bruce Springsteen, concerts | Leave a response