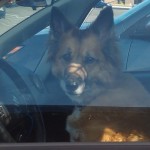 If Dogs Could Drive

If dogs could drive, I’d get more done around here.

Posted in America the Beautiful, Days Like This | Tagged carpool | Leave a response 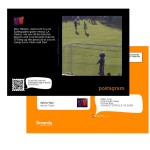 And postcards? I’d have to remember to buy one, fill it out, bring stamps and find a place to mail them. That’s just so…20th century

Posted in All in the family, America the Beautiful | Leave a response 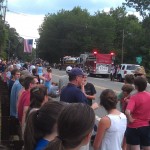 He was killed in Kandahar province after his unit was attacked by enemy forces in a war that started when he was in sixth grade. 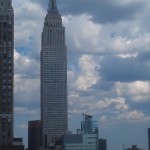 4. When choosing a hotel room for your teens, the most important amenity is the widescreen television. 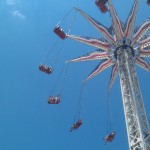 Coney Island: Help I Have an Aching Body

Note to travelers: If you’re going to eat hot dogs at the original Nathan’s and ride the 85-year-old Cyclone, reverse that order. 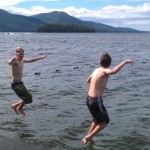 Go Jump in a Lake

Posted in All in the family, America the Beautiful | Tagged holidays | Leave a response 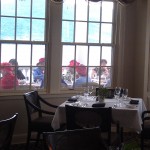 When I Get Older, I Shall Wear Purple

Half of them were wheeled through the dining room in wheelchairs. The other half walked, some with canes, some without. All of them wore red hats. They are a chapter of the Red Hat Society, older ladies who wear red hats with purple outfits and gather for lunch. I’d seen what the alternative is while […]

Posted in America the Beautiful | 2 Responses