The Back Fence of the Internet 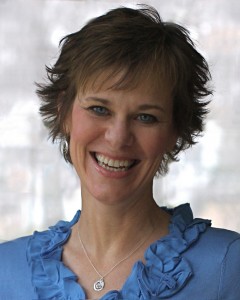 In 2003, from a corner in her New Jersey basement, Jen Singer launched MommaSaid.net, a place for moms on the brink of desperation to laugh and linger. Since then, the virtual community for mothers has grown to reach tens of thousands of faithful visitors around the world.

For 10 years, MommaSaid.net was the sponsor of the annual holiday for part- and full-time stay-at-home mothers, Please Take My Children to Work Day, which was been officially declared by governors in a dozen states.

In 2005, MommaSaid received a Forbes Best of the Web designation for Parenting Blogs. It is featured in “Blogosphere: Best of Blogs” (Pearson Education) by Peter Kuhns and Adrienne Crew.

MommaSaid.net has a Google page rank of 5, with inbound links from such high-ranking sites as AndersonCooper.com, Babble, CNN, Entrepreneur, The Huffington Post, Momversation, The New York Times and Parenting.com. The site averages 3 page views per visit. Jen Singer (@jensinger) has more than 13,000 Twitter followers, and her Klout score averages 68.