The Most Insignificant Significant Childhood Milestone 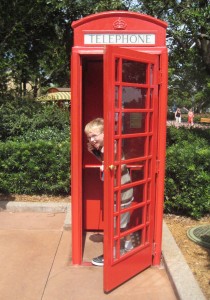 If I get lucky, my college kid will call home.

Today is the day my son enrolled in college, which is weird, because I swear it was just last Tuesday that he was racing Hot Wheels cars across the kitchen floor.

Building a fort in the backyard with his other fourth grade buddies.

Sledding on the hill next to the house, narrowly missing his little brother at the bottom while I held my breath at the kitchen window.

Dashing out of the preschool, unaware that he’s dropping papers along the way.

Running toward the garage as I shout, “Where are you going with that duct tape and rope?”

Lying on the floor at the mall, trying to figure out what’s making the carousel go around.

Pointing out, “That dog has cat ears.” (Not floppy, but rather, triangular and upright, so he was correct.)

Playing Für Elise on the piano while I listened with my cell phone set to speaker, so the oncology nurses and my hospital roommate could hear him.

Telling me that he would like some banana bread, but only if I take the bananas out first.

Teaching himself how to play Daft Punk’s “Get Lucky” on the accordion so he could have a following of fans down the high school hallway during Spirit Week.

Rolling into my living room a 100-year-old upright piano that had spent decades in a bar in Maryland. (Thanks, freepianos.com. I will contact you in September.) 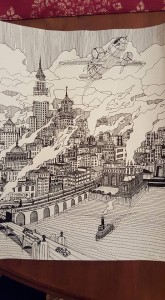 Getting into his top choice college.

In the next six months, my son will reach many memorable milestones–the kind that will be wistfully Facebooked–from his senior prom to high school graduation to getting dropped off at his dorm on the first day of college.

But today is the day he chose what he’ll do and where he’ll go after the official conclusion of his childhood, the place he’ll go when I let go of the job of raising him.

I can’t wait to see what he makes of it all.

Posted in All in the family, Days Like This, Home Sweet Home, School Days, Smell Like Teen Spirit | Tagged art student, college years, growing up, raising boys | Leave a response