What Are Your Kids Putting in Their Eyes? 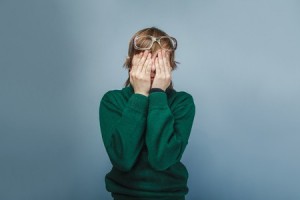 “Pas dans la bouche!” a father was warning his toddler in the waiting area of my OB/GYN’s office.

Not in the mouth.

In other words, don’t put that toy that 50 other kids touched today in your mouth or you’ll get sick.

“There’s some really bad stuff on YouTube,” a teen reported to me this week. Among the things he wished he hadn’t seen: a beheading by an ISIS terrorist. It was simply too upsetting.

His friend then admitted he’d watched a video of a lion attacking a tourist. The tourist, he reported, was stupid for getting out of his car. But it was the horrified look on the tourist’s young children that the camera caught that was most disturbing.

Because they’re teens. Because YouTube is a click away on every smartphone in every pocket around the world. Because we have become a voyeuristic society that posts everything from what we ate for dessert last night to the cute thing our arrogant cat did to men trying on women’s swimwear.

There’s no filter. No MPAA ratings. Nothing stopping them from clicking on these videos when Mom and Dad aren’t looking.

It gets harder to control what your kids see as they get older. By high school, they can pretty much see what they want to see. So it’s up to parents to remind them, “Pas dans les yeux.”

Not in the eyes.

You can’t unsee what you’ve seen, and other people’s real-life horror is not something to carry with you through life. And it will be carried with them, in their memories, along with the videos about cats and the pictures of their friends’ desserts.

So when you’re done with the drugs talk and the sex talk, have the people getting killed on YouTube talk. Because a society that doesn’t care what it takes in with its eyes will wind up sick.

One response to “What Are Your Kids Putting in Their Eyes?”