A Letter to the Peeta (20 and under) Generation of Men 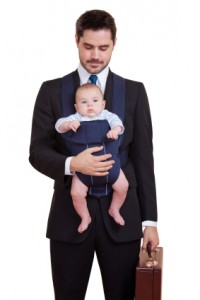 I call you that because your female contemporaries have been compared to Katniss Everdeen, the heroine of the “Hunger Games,” so that must make you guys Peeta, whom you discovered either by watching the movies or by Sparknoting the books in English class.

Katniss is the protagonist, and Peeta is her “love interest,” a remarkable twist of gender roles, especially for men born before you were, in 1995 or later. To not a few of your older brothers, fathers, and grandfathers, the woman is always the love interest and the man is the whole point of reading the book or watching the movie.

But you probably don’t think anything’s unusual about a female in the lead role, because you’re being raised to believe that girls can do anything and boys don’t have to do everything. Also, you’ve seen clever men who pay homage to clever women, and you don’t think: wusses.

Yet some people–men and women–seem to feel the advancement of women signals the end of manhood. The belief is that if women succeed, it must set men back, like you’re all Don Draper’s bosses in “Mad Men,” asking your “girl” to pour you a mid-day scotch, only she’s like, “Pour your own. You have hands.”

But some people are gunning for your gender. News coverage of the Shriver Report’s “An Insight into the 21st Century Man,” honed in on one set of stats that are being held up as proof of your gender’s unrelenting sexism. It’s the disparity between the qualities men want in a wife/female partner vs. those they wish for their daughters.

To be fair, the survey included men of several generations, so it’s possible that Grandpa, who may well have been the original prototype for Don Draper, is skewing the results. Or maybe, given the divorce rate of more than 50%, you just don’t want your Katnisses to grab their quivers and run off into the woods, leaving you by your lonesome.

Of course you want your woman to be good looking. Women want handsome men, too, even if they don’t admit it because they’re busy watching the movie trailer for Magic Mike XXL, like two million-plus others have.

The media report stats of women’s accomplishments like they’re gaining on men and will soon leave them in the dust and build a female utopia where they breed sperm in a jar and therefore don’t need you.

They report that women make up nearly half of the American workforce and are the primary breadwinners in 40% of households with children. (Of course, most of those are single mothers–more than 60%–who earn a lot less than married couples with kids.) They use words like “mancession” to explain why this has happened, and point to the fact that more women than men are earning college degrees.

But you strike me as the kind of men and boys who wouldn’t mind some help paying the ever-rising rent or mortgage. And you wouldn’t mind taking care of the kids because they’re your kids, and you’re not the babysitter. Or a clueless buffoon who makes grilled cheese sandwiches with an iron just because you weren’t born with a uterus. (When you have kids, I mean. You are kids now.)

So men/boys, I say let the older generations duke it out over this non-issue. Like my generation, Generation X, you are living in the shadow of an enormous generation just ahead of you. I say enjoy the shade and do your thing, guys. Katniss will sort it out for you.

Posted in All in the family, Boys will be boys | Tagged generation z, raising boys, raising men | Leave a response