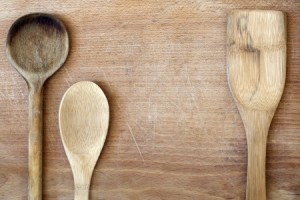 When my mom was nine years-old, she put her little sister Nancy, then four, on the back of her bicycle, and rode into the vacation town where they were staying with my grandparents, who were off playing golf.

Unthinkable by 21st century standards, but my mom and my aunt turned out fine.

We rode in cars without seatbelts, except, of course, when we were babies and rode in our mothers’ laps in the front seat.

We suffered concussions and were told to “shake it off.”

We were told that “girls can’t…” — and we believed it.

We would told that “boys don’t cry” — and we bought it.

We rode our bikes without helmets, and took our four year-old sisters into town on the back all by ourselves.

And not a few of us, it seems, were spanked, hit with a belt, or “whooped.” Some of us, it seems, turned out fine nevertheless, and have decided to do the same to their own children, even though some forms of this “discipline” (ahem, punishment) is felony child abuse and really bad press for your employer.

Then others chimed in that they, too, were spanked, hit with a belt, or whooped, and didn’t think it was a big deal, despite research that shows that repeated spanking and other forms of corporal punishment (i.e. I’m bigger and smarter than you and yet I can’t come up with a better way to teach you how to behave, so WHACK!) have some very negative long-term effects on verbal intelligence and executive functioning.

Despite the widespread acceptance of “That’s what my parents did,” thirty-nine countries have banned corporal punishment for “every human being below the age of eighteen.” This includes physical force “intended to cause some degree of pain or discomfort, however light,” and covers smacking, slapping, spanking, kicking, shaking, throwing, scratching, pinching, biting, pulling hair, boxing hears, forcing children to stay in uncomfortable positions, burning, scaling, and forced ingestion, like making your 15 year-old drink alcohol until he has no pulse, as punishment for drinking alcohol.

The United States is not on this list. In fact, corporal punishment is legal in every state in the country, and “a parent can legally hit their child as long as the force is ‘reasonable.'” Nineteen states allow teachers to paddle students. And more than half of mothers and 43% of fathers spank their three year-olds.

But hitting a child is never reasonable. It’s abuse. And it’s time our country stops doing what its parents did, because a country that thinks it’s okay to smack, spank, slap, and whoop its kids maybe didn’t turn out all that fine after all.