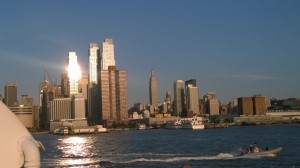 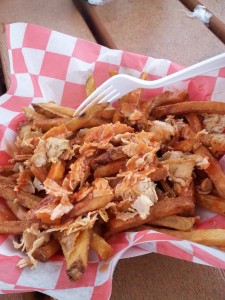 At 8:15 Tuesday night, I dropped off a large cookies ‘n cream milkshake for my older teen, who was working at the supermarket. That was the most I’d seen him since Monday night at 11 when he came home from swimming at a friend’s house and I’d collapsed in the recliner, still wearing my dress that I’d worn to meetings in the city that day.

My younger teen had been “down the shore,” as we say here in Jersey, since the weekend. He texted me photos of beaches and food. I texted back shots of the New York City skyline, along with frowny emotions to express how we both felt about the end of the U.S. team’s World Cup run. And there hasn’t been a lot of togetherness since.

Parenting teens in the summer is like having cats: Just put out some food and maybe they’ll show up. Lucky for me, I prefer cats, or else this summer’s untogetherness would be devastating.

Gone are the days of working around water balloon fights and ice pop runs. Gone, too, are the “I’m bored” and the rushing home to get one kid or another to a swim team meet or a captain’s practice or Drew’s house. Kid #1 has a car, and all three of us have jobs. We all have places to be, and, for the most part, we can get ourselves there.

This appears to make us less like a family and more like roommates. Of course, only one of us is paying for the place, but you get the idea. Where we once seemed to work toward a common goal, now we have our own things going on. Sometimes, we come together for “Major Crimes,” or a Sports Authority run, or burgers on the deck. But mostly, we text each other pictures of where we are, and so far this summer, that’s not together all that much.

Yet, the untogetherness is okay with me. Mostly. This is a natural part of the Great Separation, for them and for me, the preparation for when they’ve grown and gone, which is just a few short years away. Then I’ll really live with a cat and just a cat, who lately comes out for food when the boys leave and the house quiets down from the Frito crunching, the World Cup cheering, and the ukulele strumming.

For now, we are together via text:

Me: “Leaving now. Maybe I will see you again before you grow up and leave home.”

Neither of my kids could make it to their cousin’s high school graduation party this weekend, not with both of them working. So I represented them both as the rest of the family toasted my niece’s success and her future at college.

As one son texted for the World Cup game score, and the other announced he was going for a haircut after work, I raised my glass to my niece and thought how awfully, terribly, horribly difficult this toast to my sons will be if we’d never had any untogetherness beforehand. It’s a gift, this slow, deliberate emptying of the nest. And so, I’ll just keep putting out food.

One response to “The Gift of Untogetherness”