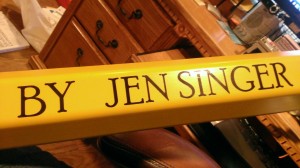 I must apologize to my blogging (and New Orleans-enjoying) buddy Amanda Castleman for the delay in posting this piece. I was supposed to do this a week ago but, all of a sudden, it was May 27th, the Memorial Day weekend was behind us, and I’d been on TV to say four sentences and then go home in too much makeup for sitting on my deck.

As part of an authors’ blog hop, I’m answering questions about how and why I write, and tagging a few other authors to do the same, including: Jim Higley. Laura Laing, Joni Rodgers, and Kayt Sukel.

So without further excuses, here’s the blog hop that I almost skipped by accident:

Recently, I took on a major project writing digital content for a major New York City hospital. That’s a fancy way of saying I’m writing about cancer for the web. It requires me to commute into Manhattan a few days a week or so — this after twenty years of working from home. I have already learned that “sensible” shoes will rip your feet apart just as easily as “stupid” shoes do when you’re speed-walking to catch a train.

When I’m not running through Penn Station, I am writing a book with a co-author that I can’t talk about yet except to say that we are having fun collaborating by Skype between Finland and New Jersey. He’s a former MIT professor, so I feel like I am getting my Master’s degree just by talking to him.

I’m also writing a book and launching a new web site called ClearlyNow.net so I can teach the practice of Focusing, a mind-body process that’s changed my life. After a two-year training course, I earned my trainer’s certificate this past January. So, if something in you longs to be heard, drop by and sign up for announcements about the new site and book.

2. How does my work differ from others of its genre?

Whether I’m writing about cancer, parenting, or Focusing, I set out to achieve the following:

Mostly, I like to help people work through various emotions, traumatic events, and change. I also like to provide important information with an empathetic tone, and to explore how the mind and (more importantly) the body work.

When my kids were little, I started writing about parenting so that I could connect with other parents who, perhaps, also felt like the baby lotion commercials had  lied, and that parenting was way harder than we had been lead to believe. As a result, I have written part-personal experience, part-advice articles like “5 Ways to Get Through Colic.”

When I was diagnosed with cancer in 2007 (now in remission for six years), I started writing about the psycho-social aspects of cancer, mostly for Living with Cancer magazine. It’s the emotional stuff you endure when you have cancer. For instance, I wrote, “When People Say the Wrong Thing” and “Why People Get Weird Because You Have Cancer.” I also launched ParentingWithCancer.com, because I wish it had existed when I was diagnosed with lymphoma and my kids were 8 and 10.

This past year, I’ve lent my expertise to other authors, ghostwriting (a “with Jen Singer”) book by a surgeon, and editing Mike Palombi’s memoir, “How’s it Feel, Tough Guy?” I also produced his book trailer, so click on over.

4. How does my writing process work?

I write fast, edit ruthlessly, and read my work aloud to myself until it feels right. (The cat seems to think I’m talking to him when I do that.) Sometimes, however, I need to get away from my computer in order to get work done. Some of my best ideas have come to me in my car, at the gym, in the supermarket, and while ordering a venti green tea latte.

So if you see me out and about during a work day, I’m not just buying bread or sitting at a stop light; I’m writing. It reminds me of one of my favorite scenes from “Mad Men,” when Roger Sterling finds Don Draper staring out his office window. Sterling says, “I still can’t used to the fact that when it looks like you’re doing nothing, you’re working.”

Allow me to introduce my blog-hop buddies: 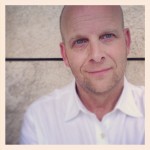 JIM HIGLEY is the Bobblehead Dad – author, speaker, radio show host, spokesperson and cancer warrior. A single father raising three kids, Jim’s book Bobblehead Dad: 25 Life Lessons I Forgot I Knew celebrates the stories waiting for us in the nooks and crannies of our days. Jim writes for several publications, including Men’s Health magazine, the Huffington Post, NBC Universal iVillage and hosts a weekly radio show on fatherhood. Visit him at BobbleheadDad.com. 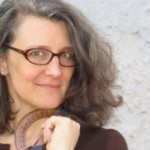 LAURA LAING is not your typical math geek. Down-to-earth, funny and approachable, she makes math accessible — to even the most math anxious. Former math teacher and current freelance writer and online instructor, her mission is simple: to make math easy for grownups. Her blog, MathForGrownups.com, and her books, “Math for Grownups” and “Math for Writers,” are just one step in this crusade. 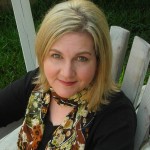 JONI RODGERS is the New York Times bestselling author (and kick-ass cancer survivor) of the memoir, “Bald in the Land of Big Hair.” As a ghostwriter specializing in high-profile memoirs, Joni has collaborated on a number of celebrity bestsellers published by Random House, Simon & Schuster, Hyperion, and HarperCollins. She is the founder of The League of Extraordinary Authors, a coalition of critically acclaimed and bestselling authors blurring the boundaries between traditional and indie publishing. Visit her blog, The Girl with the Shakespeare Tattoo. 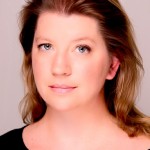 KAYT SUKEL knows more about sex than you do.  (According to Forbes, at any rate…). A passionate traveler and science writer, she has written stories about out-of-body experiences, fMRI orgasms, computer models of schizophrenia, the stigma of single motherhood and why one should travel to exotic lands with young children. Her first book, “This is Your Brain on Sex: The Science Behind the Search for Love,” (now in paperback) is an irreverent and funny tome that takes on the age-old question, “What is love?” from a neurobiological perspective.