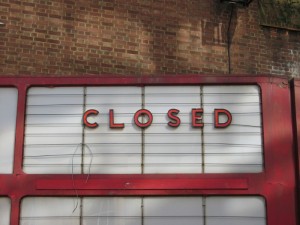 Yes, it is very exciting that something I wrote generated so much traffic that the servers that run my sites couldn’t handle it. Or it was exciting for about 24 hours. After that, not so much.

When CBS posted a link to my blog on the Bold and the Beautiful’s Facebook page right around when, I suspect, many of their nearly half-a-million Facebook fans rushed in to chat about the Friday cliffhanger, I was propelled into a high class problem for any blogger.

Suddenly, thousands upon thousands of people flooded poor little ParentingWithCancer.com and within an hour, it crashed, taking along with it MommaSaid.net and Jen-Singer.com.

I spent much of that Friday night trying to remedy the situation, while watching fan after fan complain on Facebook that the link didn’t work. I paid to jump two levels of server space to handle the increased traffic, and by the next day, all three sites were up and running. Sort of.

After that, all my Facebook Likes were gone. New posts disappeared and reappeared and disappeared again, and nothing could be linked to from Facebook. Worse, traffic dropped to zero for days, or at least that’s what my stats say. My hosting company couldn’t fix it, so my awesome web guy migrated all my sites to another company and so far, so good, though my Likes for years of blog posts are all gone for good.

What’s more, the soap fans who dropped by to wish Linsey well were kind and wonderful, but they were not my audience. Most appeared to be grandmothers, and therefore, not parents trying to figure out how to deal with parenting kids at home while battling cancer. Maybe a few were parents of parents with cancer. But let’s face it, they were there mostly for one thing: celebrity baby bump news. They got the touching cancer survivor story as a bonus.

Though I truly enjoyed interviewing Linsey and writing the piece about a fellow survivor and (soon-to-be) mom, and I’m glad so many people got to read it, I died of exposure, and I’m not sure it was worth it. While I am slowly rebuilding my traffic on all three sites, over at the soap’s Facebook page, they’ve moved on to discussing whether Quinn really doesn’t need a man.

The whole thing is a symptom of the “Look at me!” culture of the web. Everyone’s so busy vying for attention that when you get it, you’re a minor blogger celebrity for a few hours. Yay, you! Thousands and thousands of people dropped by this afternoon!

And then it’s over.

But I got into blogging to tell stories, share experiences, and validate emotions. I wanted to create tight-knit communities of people facing similar situations who aren’t afraid to touch feelings, good and bad, and get something better from it. You know, what blogging used to be about before the “And Then This Happened..” headlines and the “You Won’t Believe” click-bait.

Yet I’ll keep on sharing share survivor stories, no matter how popular the survivor is. But first I’ll shore up my sites just in case. Meanwhile, I’ll keep writing for people, not traffic, and hope that you continue to Like what you see so that other people get to see it, too.

4 responses to “When I Died of Exposure”