Ever since tens of thousands of soap opera fans flooded my web site, ParentingWithCancer.com, a few weeks ago, the Internet ate all of my web sites. Facebook likes, tweets, and comments disappeared, posts came and went, and traffic was all over the place. I managed to save some of the newer stuff I’d posted, so I’ll repost some of the favorites this week. Hopefully, the Internet isn’t hungry. 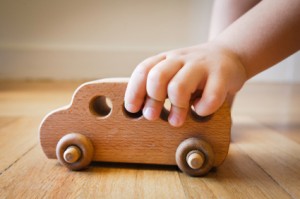 My kid took off in my car yesterday. Actually both of them left.

No, you’re not going to get any  “But he was just a baby,” or “Where did the time go?” from me, just because my eldest child got his driver’s license yesterday afternoon.

As I’ve said before, I know where the time went. And in New Jersey, seventeen years (and driver’s ed plus at least six hours on the road), means you can take your driver’s license test. It also means that if you pass, you can take off in Mom’s car, if she lets you. And I did.

It was a surreal moment. I watched my boys pull my car out of my garage and leave. For a split second, I thought about the horror of losing both children at once in a car accident. But that could happen in any number of carpools they’ve taken, and it can happen even while I’m driving.

So I put it out of my head.

Then I estimated how much it would cost to replace a bumper and headlights on a Honda CRV.

And then I put that out of my head.

Then I pictured my newly minted driver, back in the day, getting on the school bus for the first time. My heart had ached as he settled into his seat and peered out the window at me with a look of excitement mixed with uncertainty and a dash of fear. I waved back, perhaps a bit too enthusiastically, in a manner that could be translated as, “I am pretending to be so very excited for you when really, I am terrified to let you go.”

I expected to feel that very feeling yesterday as my son pulled my car out of my garage, but I didn’t. I felt…relief. As a single mother, it’s sure nice to have another driver in the house. But that’s not all of it. Like walking, talking, doing laundry, and performing on the piano in front of an audience, he’d reached another major milestone — the biggest one until he leaves for college. That means I’d done my work as a parent, and he’d done his as a kid.

So when he took his brother and my car yesterday to run errands and pick up some dinner, I was thrilled. For him. For me. For his brother.

But not nearly as thrilled as when all three returned unscathed.