Nomophobia: Fear of Being Apart from Your Phone 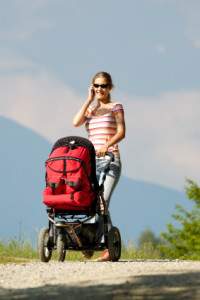 Do you…wait. Where’s my phone?…Hold on…found it…just let me answer this text…

Okay. Where were we? Oh yeah, do you suffer from “nomophobia,” the fear of being without your cell phone? No seriously. This is a real thing, at least if you Google it.

One 2012 study from the UK (by a company that sells online identity authentication) found that two-thirds of the 1,000 people surveyed fear losing or being without the mobile phones.

One doctor reported in the Dallas News that she had to remove cell phones from four distracted teens this week during their doctor’s visits. She recalls:

My conclusion? Separating a teen from his or her cellphone is like separating a child from a parent.

She cited a 2010 study (of 12 kids) from the Indian Journal of Community Medicine which found that teens who were “excessive cellphone users” had disruptive sleep cycles, drank more soft drinks and were more likely to consume alcohol. Of course correlation is different from causation, and a study of 12 teens isn’t much of a study.

Nevertheless, the UK Post Office is credited for creating the term “nomophobia” back in 2008, when people apparently still used flip phones, as shown in this photo, which accompanies an article about the 13 million Britons who fear being without their cell phones. The Daily Mail reported then:

Experts say nomophobia could affect up to 53 per cent of mobile phone users.

Worse, our addiction to cell phones is distracting us on the roads. The National Safety Council reports that 21 percent of crashes in the U.S. involve talking on handheld or hands-free cell phones, and about 280,000 crashes involve texting.

So are you (or are your children) addicted to the cellphone? Psychology Today identifies the symptoms of addiction, which include: increased use, inability to cut back on use, engaging in the behavior despite risks (ahem, driving while texting), and withdrawal, which I guess can be called “nomophobia,” if you’d like.

Posted in America the Beautiful, In the News | Tagged cell phones, technology | Leave a response