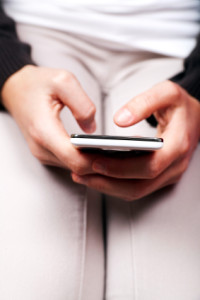 The Atlanta Journal-Constitution reported yesterday that a Florida teen’s snarky Facebook post about her father’s victorious settlement in an age discrimination case with his former employer cost him his settlement.

Here’s how it went down: Dad sued his former employer, a prep school in Miami, for age discrimination when his contract wasn’t renewed.

The school settled with Dad for $80,000, provided Dad and Mom never discuss the suit with anyone.

Teen Daughter, who’d had her own personal issues with the school, then posted on Facebook that the settlement would pay for her summer vacation in Europe, which apparently means the school can “SUCK IT.”

Naturally, the post was passed along to the school’s attorneys, and after a series of suits and countersuits, Dad lost the 80K, and Daughter probably isn’t going to Europe this summer.

It serves as a reminder to teens and their parents that Facebook posts are the equivalent of painting your thoughts on your car and driving around town. Your friends will see it, sure, but so will a bunch of people you didn’t intend to see it. And if it’s epic enough, journalists and bloggers will pick it up and share it, too, until you end up as a news meme in your own Facebook feed.