Browse: Home / 2014 / February / 20 / MOMMASAID CLASSIC: Not All Friendships are Meant to Last
Tweet Pin It

MOMMASAID CLASSIC: Not All Friendships are Meant to Last 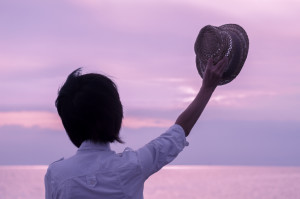 I remember sitting on chairs in my driveway that frightening Tuesday afternoon, watching our kids play while my friend Lynn and I listened to the radio for the latest news on the World Trade Center terrorist attacks. Lynn was waiting to hear what had happened to her cousin, a Staten Island firefighter who was among the first to respond to the scene that morning. I was wondering what to tell my children. The world, it seemed, was falling apart.

Lynn and I didn’t know what else to do. We couldn’t – wouldn’t – watch the news. Not in front of our kids, who were all preschoolers at the time. So we did what we often did on warm, sunny afternoons: We had a playdate.

Our sons – between us, four of them- oblivious to what was happening just 30 miles from my house, tooled around the driveway on tricycles and ride-on toys, stopping now and then for snacks and bathroom breaks. Lynn and I opened juice boxes, adjusted bike helmets and kissed boo-boos, occasionally turning up the radio for a news update. We noticed that there were no airplanes in the sky.

Later, we found out that her cousin had died, one of some 350 firefighters to lose their lives in the Twin Towers attacks. And then we heard that one of our neighbors, too, had died, leaving behind a wife and three children. A few mornings after 9-11, Lynn and I huddled together at church at a mass honoring the victims, while our youngest sons sat in our laps, unusually still. We were both crying.

Since then, Lynn has had two more kids, and our boys have found different interests and different friends.  I see her car pass by my house on her way to hockey practice, and she sees me when I’m coming home from soccer games. Now and then, we find ourselves at a barbeque or Back-to-School night, where we take a moment to catch up on things. Mostly though, we just wave as we pass by.

We used to talk to each other every day, mainly to set up carpools and arrange playdates, but also to talk about our fears, our families and our futures. But we simply don’t talk all that much anymore. We live right down the street from each other, but our lives have moved farther apart.

And while that could, perhaps should make me feel wistful for the way our friendship used to be, it doesn’t. We were close when we needed it most, when our lives ran parallel, when we needed someone to pick up the kids after a birthday party or preschool.

We’re still close when we need it, like when her father passed away suddenly and when I had cancer. Lynn arrived one day the summer I was in chemotherapy with a tray full of delicious food and yellow flowers in a little vase. And for a moment, it was 9-11 again; we were there for each other.

Perhaps not all friendships are meant to endure at the same intensity, or at all. Kids seem to know this. My sons’ friends often come and go, and yet none of them seem to care about it. “He’s not really my friend anymore,” my son told me last week when I suggested a playdate. And he was right. What’s more, he was okay with it.

I prefer to think of my relationship with Lynn not as a friendship lost, but as a fond reminder of our days as young mothers. When I wave to Lynn, I’m indeed waving to a friend, but I’m also saying hello to how we used to be, to how we were there for each other when the world was falling apart.

Posted in Days Like This, Home Sweet Home | Tagged friendship | Leave a response