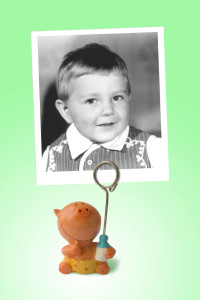 A recent survey debunked what blogs like STFU Parents have long complained about: Moms really don’t post too many baby pictures on Facebook, reports Slate. It’s just that people love themselves a new baby picture, so they’re more likely to hit “Like.” That pushes the offending photo of Junior up in the mysterious Facebook algorithm and voila! You see that damn baby all the time. Or do you?

Slate reports: “The proportion of posts mentioning the baby drops off sharply after the first month, continuing to fall as the kid ages.” Which makes little sense because we all know that 90% of newborn babies look like Winston Churchill. Why not wait until he or she has some personality and hair?

As a mom and mom blogger, I have a large proportion of posts by people who are mothers in my Facebook feed. Here is my (unscientific) breakdown of the types of things they tend to post:

So STFU people who complain about baby photos in your Facebook feed. But please, Like my cat, okay?