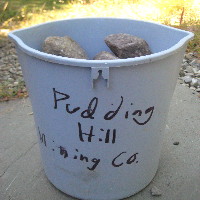 When your parenting is chronicled for all to see, you run the risk of screwing it up in a big public way. Or you can get something right. As we approach MommaSaid’s 11th birthday, I am pleased to report that my own child told me that I had done something right when it comes to parenting.

He and his buddy Drew were talking in school yesterday about how I had encouraged them to make forts and play outside (by limiting their access to electronics and shooing them out the door.)

“I remember being mad that you wouldn’t let me have a [Nintendo] DS in fourth grade, but now I see how it got me to play outside so much,” my 10th grader declared. He and Drew decided they were the “last generation” to grow up offline, and they were lucky for it.

And there it is, an endorsement for the following post, which originally appeared on my Good Housekeeping blog in 2008:

Do We Really Need to Teach Kids How to Play?

2 responses to “Mom, You Did Something Right. “Wait, What?””