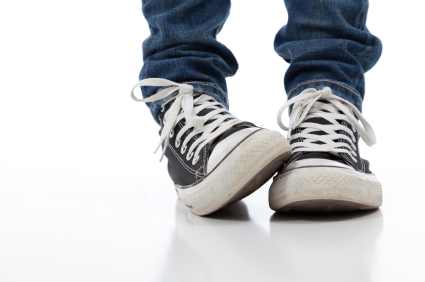 This morning, I watched my teenager watch a video I’d sent him about the “Landfill Harmonic Orchestra” which plays with instruments made from garbage in the landfills some of Paraguay’s poorest areas. The nearly four-minute video was entirely in Spanish with English subtitles.

He didn’t flinch. He didn’t sigh. He didn’t turn it off. He just watched and read and soon, smiled.

Back in my day, a 16-year-old American kid would probably have lamented that the video was in Spanish with subtitles. Pretty much everything in the media was in English, and most everything we watched was about something American; we expected it.

We didn’t have access to videos from around the world. Chances are, we’d only have known about a story like this by seeing it — in English — on “60 Minutes” (which also covered the story.)

It made me think about the ways in which our kids’ generation is better than ours: