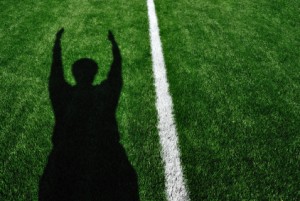 Reports NBC, the parent of a Texas high school football player at Western Hills High School filed an official bullying complaint against the coaching staff of the undefeated Aledo Bearcats after their team crushed his son’s team 91-0. An investigation is underway.

But is it bullying?

Here’s what the Aledo coaches did during the game:

The other team’s coach said Aledo’s players were “good sports.” There was reportedly no taunting and no mocking. Even the parent filing the report said that the Aledo players showed sportsmanship.

This wasn’t bullying. This was just a disappointing thrashing of the complaining father’s son’s team. The problem wasn’t with Aledo’s coaching. The problem lies with the league. Here’s why:

The complainant would have been better off contacting the league officials to discuss ways to prevent such an embarrassing trouncing again. It’s no fun getting crushed on the field, but it’s really not much fun being the crushers either. Aledo’s players and coaches surely would have had more fun playing a team at their level than enduring what happened Friday night in Texas. If only the league would make that happen.