But the Boo-Boos are on the Inside 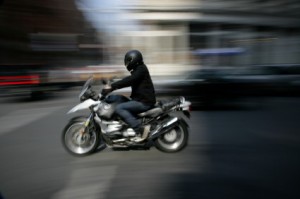 Every story I’ve read or watched about the bikers who cornered and beat the driver of an SUV this weekend in a chase up New York City’s West Side Highway end with the same conclusion:

The wife and two year-old daughter of the SUV driver who were in the car at the time of the incident were not harmed.

Yes they were. You just can’t see their wounds, because they are on the inside.  And their internal injuries will stay with them for a lifetime.

If you haven’t heard about this story, watch the CNN video below and you’ll learn that a pack of bikers chased a New York businessman and his wife and toddler in his SUV up the West Side Highway on Sunday. The SUV had hit one of the bikers, breaking his leg, after the biker slowed down in front of the SUV, which struck him.

When the bikers then surrounded the driver, slashing his tires and denting his car — with his family inside — he barreled through the bikers, striking one who is now in a coma. The bikers then chased the SUV into Harlem, where they pulled the driver from the car and beat him in the street in front of his wife and daughter. He received stitches, but his family was “unharmed.”

By journalistic standards, that is true: The wife and daughter were not beaten and did not receive medical treatment.

But they were likely very terrified when the bikers assaulted their car and chased them up the highway.

They witnessed the father’s beating, and they couldn’t stop it.

They feared for their lives and the father’s life.

They absolutely were harmed, suffering invisible blows to their hearts and their psyches. Because when terrible things happen to you and those you love, the boo-boos are often on the inside.