YELLING at Your Teens Doesn’t Work 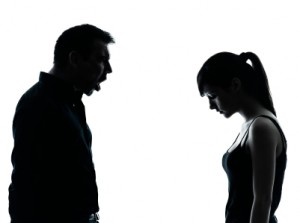 Let’s start with this: nearly 90% of American parents have admitted to shouting at their kids.

We are not alone.

“Shouting cannot reduce or correct their problem behavior,” said Ming-Te Wang, an assistant professor in the departments of education and psychology at the University of Pittsburgh and a co-author of the study. “On the contrary, it makes it worse.”

The study showed that parents who yell, insult, or curse at their kids may increase their teen’s risk for depression.

IT’S YOUR FAULT, YOU LOSER!

“It may stop the behavior for a while, but the child will probably be exhibiting the same behavior within an hour or two.”

WHAT DID I SAY? WHY DON’T YOU EVER LISTEN?

Before you dismiss the study results as something that happens only in poor neighborhoods or “broken” homes, consider what Dr. Wang told Medical News Today:

“There was nothing extreme or broken about these homes. These were not ‘high-risk’ families. We can assume there are a lot of families like this – there’s an okay relationship between parents and kids, and the parents care about their kids and don’t want them to engage in problem behaviors.”

DID YOU HEAR ME? WELL?

I hear you. I hear that you are frustrated, angry, maybe even depressed. You were never taught how to parent; yelling is among the few tools in your box, so you use if even though you know it doesn’t work. Someone taught it to you, and now, you’re teaching it to your kids, perhaps as recently as last night:

“YOU ARE SUCH AN IDIOT!”

“I CAN’T WAIT FOR YOU TO GROW UP AND LEAVE!”

Someone taught it to you, and now you’re teaching your kids. And it’s not working. What else can you do? Here are some new tools for your box:

Yes: “You got a C in math again. How can you do better next semester?”

Which sounds admittedly wishy-washy, like a saccharine after school special. If you’ve been in a Yell-and-Rebel phase for a long time, it’s going to take a while until you can get here. It will take work and faith and hope. But it starts with one thing:

Posted in All in the family, Home Sweet Home, In the News | Tagged discipline, raising teens | Leave a response