This Week in Parenting: Studies to Make You Want to Hide 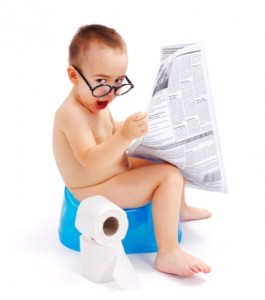 The parenting news this week is enough to make you want to cover your children and yourself in bubble wrap and hide until they’re adults. From soda to magnets to tummy aches, studies are giving parents yet another thing (and another, and another) to worry about. So, if child-free people ask you, “What’s so hard about raising kids?” or if your parents remind you that they raised kids with no problems and want to know “What’s the big deal?” send them here.

More kids swallowing magnets, study says A study published in Pediatrics indicates a nearly quadruple rise in magnet swallowing between 2002 and 2011. Perhaps there’s a rise in paper clips clinging to children’s bodies, too?

Soda linked to behavioral problems in young children, study says The LA Times reports that soda (or “pop,” if you’re west of the Mississippi) consumption among children is associated with aggression.

“The more soda kids drank, the more likely their mothers were to report that the kids had problems with aggression, withdrawal and staying focused on a task.”

Perhaps that explains the ball pit brawls at birthday parties.

Study: Childhood tummy aches may be tied to adult anxiety, depression The Asbury Park Press reports that 40% of adults who suffered from tummy aches as kids have had depression, and 51% had an anxiety disorder in adulthood.

Intelligent women less likely to have children, study claims A researcher at the London School of Economics found that a 15-point increased in a woman’s IQ is associated with a 25% decrease in her desire for children.

Maybe it’s because she reads more…

Posted in America the Beautiful, Days Like This, In the News | Tagged raising kids, studies | 1 Response

One response to “This Week in Parenting: Studies to Make You Want to Hide”