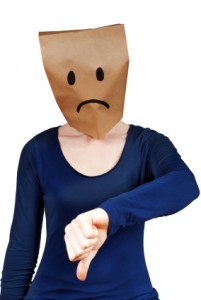 According to the T-shirt that the man at the sushi bar was wearing, there are 10 reasons why mountains are better than women. The first reason — something about “riding all day” — made my 14 year-old son blush, so we opted not to read reasons two through 10. Instead, we continued eating our lunch.

Only then did I notice that this mountain-lovin’ man was dining with his daughter, a future woman of about 11 or 12, that peri-pubescent time when the rules for living start to change as your body does. That time when you start to wonder what it will be like to be a woman and what the male population will think of you.

According to her father, not nearly as favorably as the mountains.

I started to write a T-shirt for her in my head: “10 Reasons My Father is a Pig,” but I didn’t get far. Because as much as some fathers don’t appear to realize the messages they are sending their female offspring when they wear T-shirts with a taste of “American Pie,” moms do something similar to their sons. And they do it right there in front of the children — even the boy ones — and it usually sounds like this:

It’s generally understood by the women saying and hearing those words that they mean that the man in question can’t do simple things that women do all the time, such as:

“Well, what do you expect? He’s a man” is what women say when they are venting to each other because they feel let down/confounded/unheard/unloved/unsupported by their husbands and boyfriends. But when they say it in front of children, especially the male ones, they might as well write it up in a 10 Reasons list and print it on a T-shirt.

To my sisters, I propose the following:

Let’s stop it now. Vent if you need to, but out of earshot of the boys who will become men and the girls who will grow up to date them, marry them, feel the urge to complain about them. Show your sons what you expect, and then respect the man he becomes. I mean what do you expect? He’s a man.