Staring at Candy: When it Was All About You. 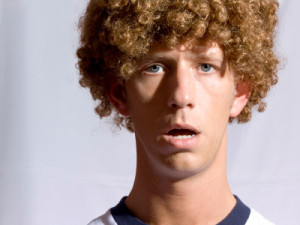 I felt like I was in a cage in the water during feeding time for the sharks. I had just opened the snack shack at the high school, a closet-sized room stocked with chips, candy, bottles of Gatorade and water, Cup o’ Noodles, and popcorn. And now I was waiting.

The Freshmen parents (moms) open the snack shack every school day afternoon, so that kids — mostly athletes on their way to games and practices — can plunk down their dollars on goodies. (Or junk, depending on how you look at it.) Yesterday, it was my turn to run the snack shack.

The bell rang, and soon, kids swarmed my closet. Most of them wore school sports uniforms. (The tennis team sure loves green sour Air Heads.) I made soup and change, and took my son’s order, placed via text from the school bus, his track season having ended last weekend.

Mostly, I watched the kids’ faces as they stared at the shelves of Starbursts, Slim Jims, and Kit Kats, absentmindedly playing with their dollar bills or quarters, trying to decide what would get them through their games, practices, or matches.

And I wanted to be them.

Now and then, they had to stop to fend off a teammate who kneed them as they stared. (I’m looking at you, softball team.) Or they’d ask a friend to spot them fifty cents. But mostly, they stared, content with the fact that it’s all about them.

I imagine that when my kids graduate high school and go off to college, I’ll begin to stare absentmindedly at candy and potato chips once again. But it will never be the same as it was back in high school. Because once you have kids, no matter how old they are, it’s never all about you again.

So treat yourself to a cherry Tootsie Roll pop on your way home, because you deserve it. I know I did.