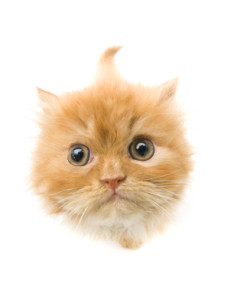 You’ve seen her at the playground, shouting at her kid not to climb up the slide or else he’ll “fall and break all your bones!”

She’s on the sidelines at kiddie soccer, gasping every time the ball comes within five feet of her precious child.

She’s in the school principal’s office complaining about something or another she has deemed unsafe.

She’s persuading her teenager to put off getting her driver’s license until she’s finished high school. Maybe even college. Or after Mom has died, because it’s just too much for one mother to worry about.

And now her kids are also terrified of every little thing, which is too bad, because, reports a new study by the Mayo Clinic, kids who avoid risk (and swings, and soccer balls, and school lunchrooms, and anything with wheels) are more likely to be anxious:

“One of the most surprising findings was that measuring avoidance could also predict children’s development of anxiety. Children who participated in the study showed stable anxiety scores after a year had passed, but those who described avoidance behaviors at the onset tended to be more anxious a year later.”

I wonder how much Mom helped that along. After all, we are probably the most safety conscious generation of parents ever, but some of us take that a little bit too far.

According to the study’s lead author, Dr. Stephen Whiteside, a pediatric psychologist with the Mayo Clinic Children’s Center, unchecked anxiety is bad for kids, adding that’s how anxiety disorders develop.

“Kids who avoid fearful situations don’t have the opportunity to face their fears and don’t learn that their fears are manageable.”

Naturally, you don’t want your kid to rush head-first into a 10-foot wave at the beach. Fear protects you, warns you, helps you. It’s the excessive fear, however, that apparently feeds anxiety.

Of course, there’s an app for that. The Mayo Clinic is pushing its Anxiety Coach App (iTunes, $4.99), which purports to help people manage their fears. It allows you to:

It appears to categorize your fears into the following categories:

It seems to me it would be yet something else for someone with OCD to obsess about while providing more fodder for fear. (“I wasn’t afraid of public bathrooms until the app mentioned them!”) On the other hand, it just may provide a kid who has grown up terrified of the playground and everything else with a shot at overcoming those fears that, perhaps, Mom planted there in the first place.

Posted in All in the family, In the News | Tagged anxiety, children | Leave a response