Laughing Through the Tears 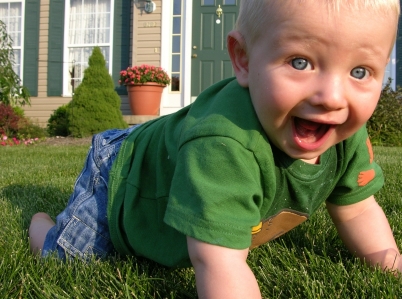 I posted this one two years ago around this time, and it still holds true:

It was among the oldest of jokes, a Vaudeville standard, and yet, he was having none of it. I’d just complained to my eye doctor, “Doc, it hurts when I do this,” as I pulled my eyelid up like I was putting in a contact lens.

“Then don’t do that,” he replied, deadpan.

I burst out laughing, but he remained stone-faced. Then I remembered: The man had no sense of humor whatsoever.

That’s what we all said, my family, from my grandfather on down, who went to that doctor. And for a family whose gatherings are akin to roasts of one or more unlucky recipients, we just couldn’t fathom going through life with no sense of humor.

This year, we need a sense of humor more than ever.

We buried my uncle on Friday. Well, we had a funeral ceremony at the very same church and a reception at the very same place where we had celebrated the life of my Aunt Nancy, my late uncle’s wife, just six months ago.

This is the family I grew up next door to in a compound of sorts that included my grandparents, my cousins, their parents, my folks, my brother and me. The only ones left living there now are my parents, and the sorrow is palpable. And yet, we continue to laugh. Not just because we like to, but because we have to.

Case in point — This morning, my mother left me the following phone message: “I hit 300 days on the Wii Fit today. My average age…21.” And then she hung up. I chuckled. In the wake of too much misery, my mom is entertaining herself by scoring half her daughter’s age on a video game.

“Life goes on” may be a cliche, but life indeed goes on, whether we’re laughing or not, so we might as well amuse ourselves. We might as well revel in the funny or else the misery will win out. And so, I let the funny stuff bathe over me whenever I can.

Yesterday, I was coaching a soccer game, when I overheard a conversation between two middle school-aged players on the sidelines:

“You know what they say, big feet…,” he reiterated.

“Big heart,” I finished as I walked by.

“That was a joke with a silly ending,” Isaac said.

Ah, but at least it ended with a laugh.

Posted in All in the family, Boys will be boys | Tagged death, dying, humor | Leave a response