My brother and I like to play a game we call Outshoot Me. It involves texting each other photos of where we are or what we are doing, and the winner is the one with the coolest activity going on. I won Monday’s round. 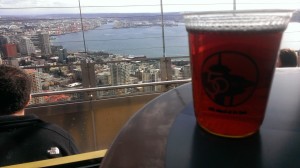 Enjoying a Scuttlebutt beer atop the Space Needle in Seattle.

Meanwhile, he was eating a “rubber chicken” dinner at a real estate conference in Teaneck, New Jersey: 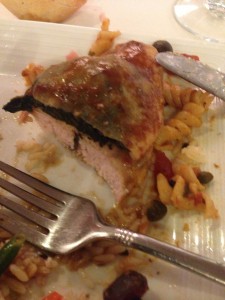 I get double points for the view.

I really only just recently started to compete in Outshoot Me on a regular basis, as much of my life previously involved pulling kids out of the ball pit at Chuck E Cheese, wiping peanut butter off door handles, and enduring the Teletubbies. And nobody wants to see pictures of that.

Then there was the year I fought cancer, in which my photos mostly featured chemo poles, my bald head, and a hot oncology nurse who looked like Benjamin Bratt. (My brother didn’t fully appreciate the latter. I mean, this nurse looked like Julia Roberts’ man and he brought me narcotics. I deserve points, bro.)

But now that I am healthy and my kids are old enough to do some of those cool things and go to some of those cool places (i.e. atop the Empire State Building at dusk in July, witnessing 10 fireworks shows over New Jersey), I have become a strong competitor in Outshoot Me.

For instance, while I was about to ice skate in Bryant Park in New York City at a Microsoft event, where I served as a spokesperson, my brother texted me the photo of the ridiculous hotel room upgrade he got while in Las Vegas: 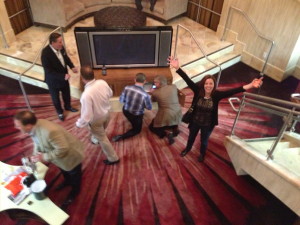 My brother’s room at a real estate conference in Vegas was upgraded to a 4,000 square-foot suite with two bedrooms for just $219 a night, for no apparent reason.

So I texted back a photo of me standing next to Felicity Huffman: 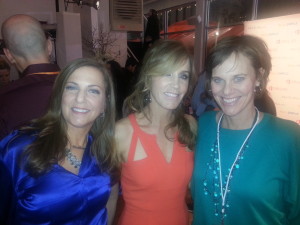 Beth Blecherman and I make a Felicity Huffman sandwich.

The winner? It depends on whether you are a bigger fan of “Desperate Housewives” or Vegas, I suppose.

But Outshoot Me isn’t about out-Jonesing (as in “keeping up with”) each other, so much as it is about continuing to promise each other that we will make damn sure to enjoy and pay tribute to the fun stuff in life. After all, my brother’s little sister almost died. And now she’s on top of the Space Needle, some 3,000 miles from home, with a big grin on her face: 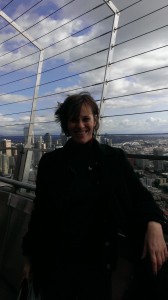 Or as the poster on my home office wall sums up so eloquently: 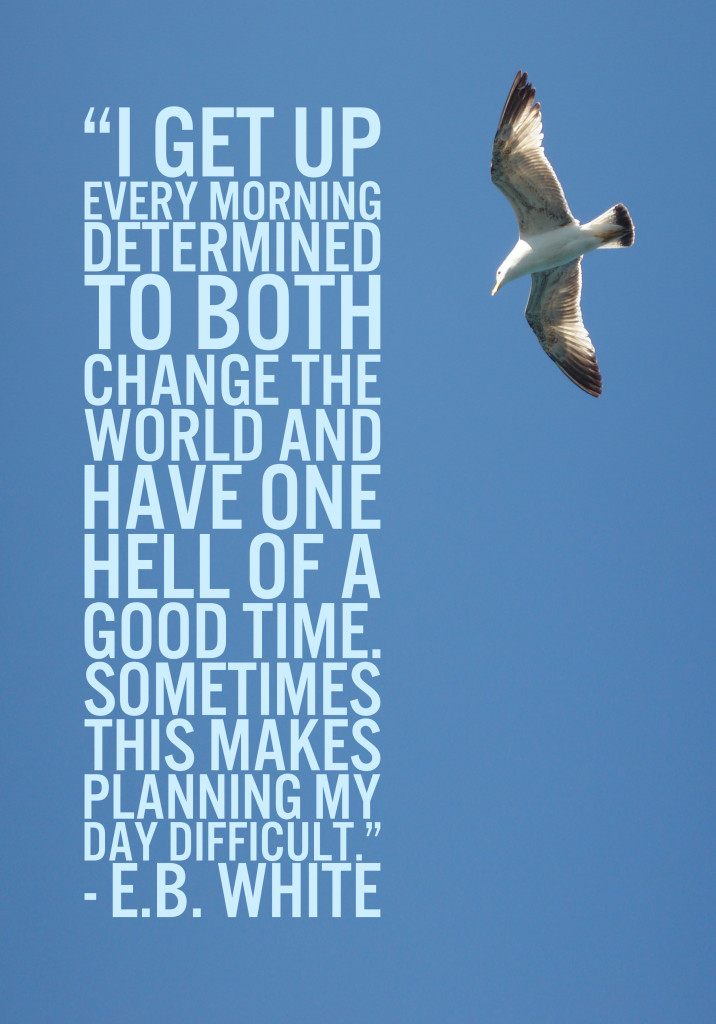 So go ahead, bro. Try to Outshoot Me. I will be happy no matter who wins. 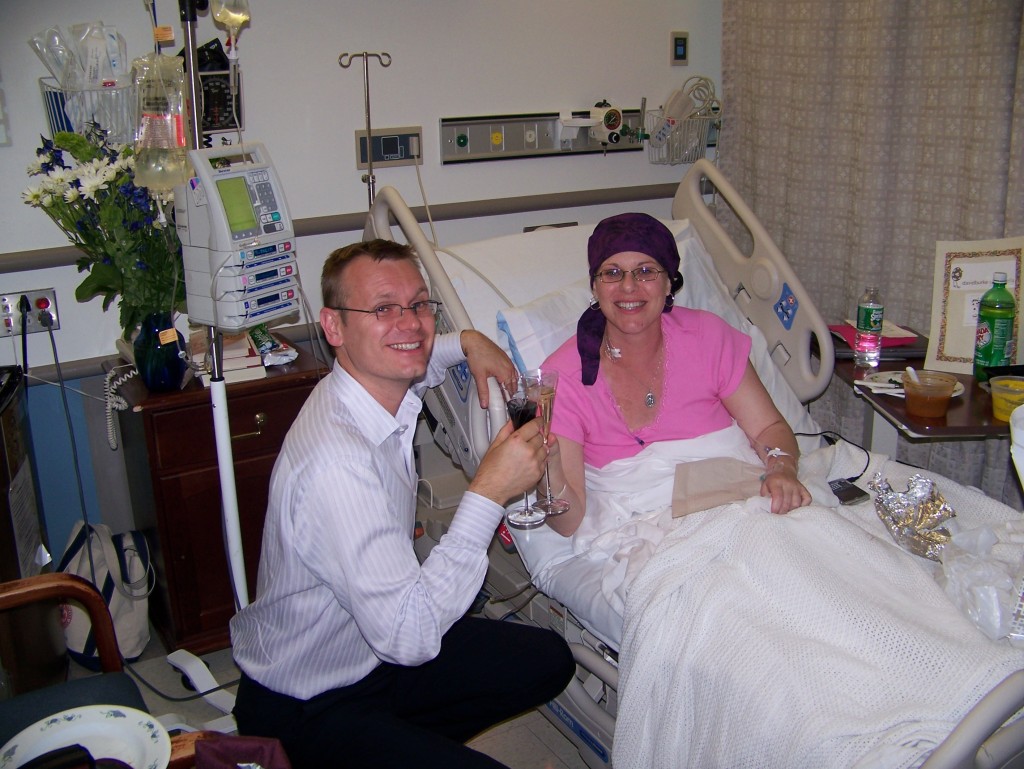 3 responses to “Outshoot Me: Sibling Rivalry by Text”