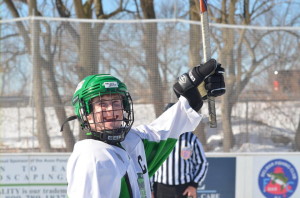 My friend Carol has a nephew who deserves the red carpet treatment this week. On Friday, Ryan will be presenting at Point Pleasant Boro High School in New Jersey to spread awareness about the hurtful use of the word “retard.” It’s all part of “Spread the Word to End the Word,” an annual event started by Ryan’s camp counselor that asks people to sign a pledge to end the “R-word.” Here’s the pledge, which you can sign at their web site, r-word.org“I pledge and support the elimination of the derogatory use of the r-word from everyday speech and promote the acceptance and inclusion of people with intellectual disabilities by signing an on-line pledge.”

(If their web site is still having issues, stop by their Facebook page.)

Anyhow, when Carol told me about Ryan’s big day, I couldn’t help but write about him, especially since he says he feels like a celebrity, what with being in the newspaper and all. See that Ryan? You’re an Internet star now. So go give that speech and make Aunt Carol proud!

One response to “Ryan Spreads the Word to End the Word”