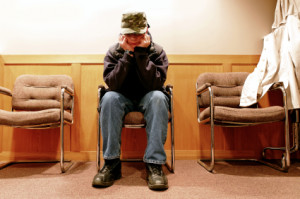 Let’s say that Jake is having a rough time at home, so he acts up at school, doing something stupid like starting a food fight in the high school cafeteria. Because kids who don’t get attention at home will sometimes go for negative attention anywhere they can get it.

Jake’s high school has a “no tolerance” policy, which means that his principal has no choice but to suspend him from school for a few days.

Both of Jake’s parents work, so no one is at home to watch over Jake, who gets into more trouble while he’s home from school. He’s been punished, but nobody has bothered to delve into Jake’s problems to help him through them. They’re either too busy, don’t have the skills or resources, or they’re bound by a “no tolerance” rule.

Jake may now be 10 times more likely to drop out of school, reports the American Academy of Pediatrics, which has issued a statement that school suspensions and expulsions may be ineffective methods of discipline that can cause future problems. The organization recommends early screening by pediatricians and referrals for high-risk children to community resources and communication with school nurses and counselors as needed.

I am not entirely sure how the average pediatrician is going to find time to do all that intervention when, according to the AAP, most pediatricians see about 1,500 patients per year. What’s more, the average number of students per school counselor is 250, reports the American School Counselor Association.

Case in p0int: The recent suspension of some 30 students at Milford High School in Michigan for dancing to and recording their version of the “Harlem Shake,” the latest Internet meme, often involving sexually suggestive dancing. You know, air-grinding, or in the case of “White Boys Making Noise” — for reasons that I don’t quite understand — “dancing” with a live pet duck. Watch the video for yourself. I really don’t feel like posting it here.

These kids did a (very public) dumb thing, and now they’re all out of school for three to five days. (The duck already received his punishment, though his owner insists the bird wasn’t angry about it.)

If you think our generation would never have done anything like this, I have a photo of a bunch of high school kids’ smiling faces and one hairy naked butt in my high school photo album to show you. Thank God we didn’t have social media back then.

Do I think kids should be allowed to dance half-naked in sometimes sexually suggestive poses with live fowl in the school cafeteria and post it online? No. Wait’ll the duck kid tries to get a job at Proctor & Gamble in 10 years. Good luck with that. But should they be suspended? Nope.

One response to “AAP Opposes School Suspensions, Kids Suspended for “Harlem Shake” (with a Duck)”