Ever since we saw Jesus in Penn Station last summer, my kids have understood why I like to take them to nearby New York City now and then. I mean, where else can you see two burly Port Authority cops cradling semi-automatic weapons and escorting a man out of the subway while he protests, “But I’m Jesus!” You just can’t plan a New York Moment like that one.

So my sons were ready for similarly entertaining moments when we spent a day in the city this past weekend.

At Ripley’s Believe it Or Not Times Square, we saw Sarah Kaufmann, “The Cheese Lady” carving out Mount Rushmore from 160 pounds of cheddar cheese. (Tickets courtesy of Ripley’s. Thank you!) 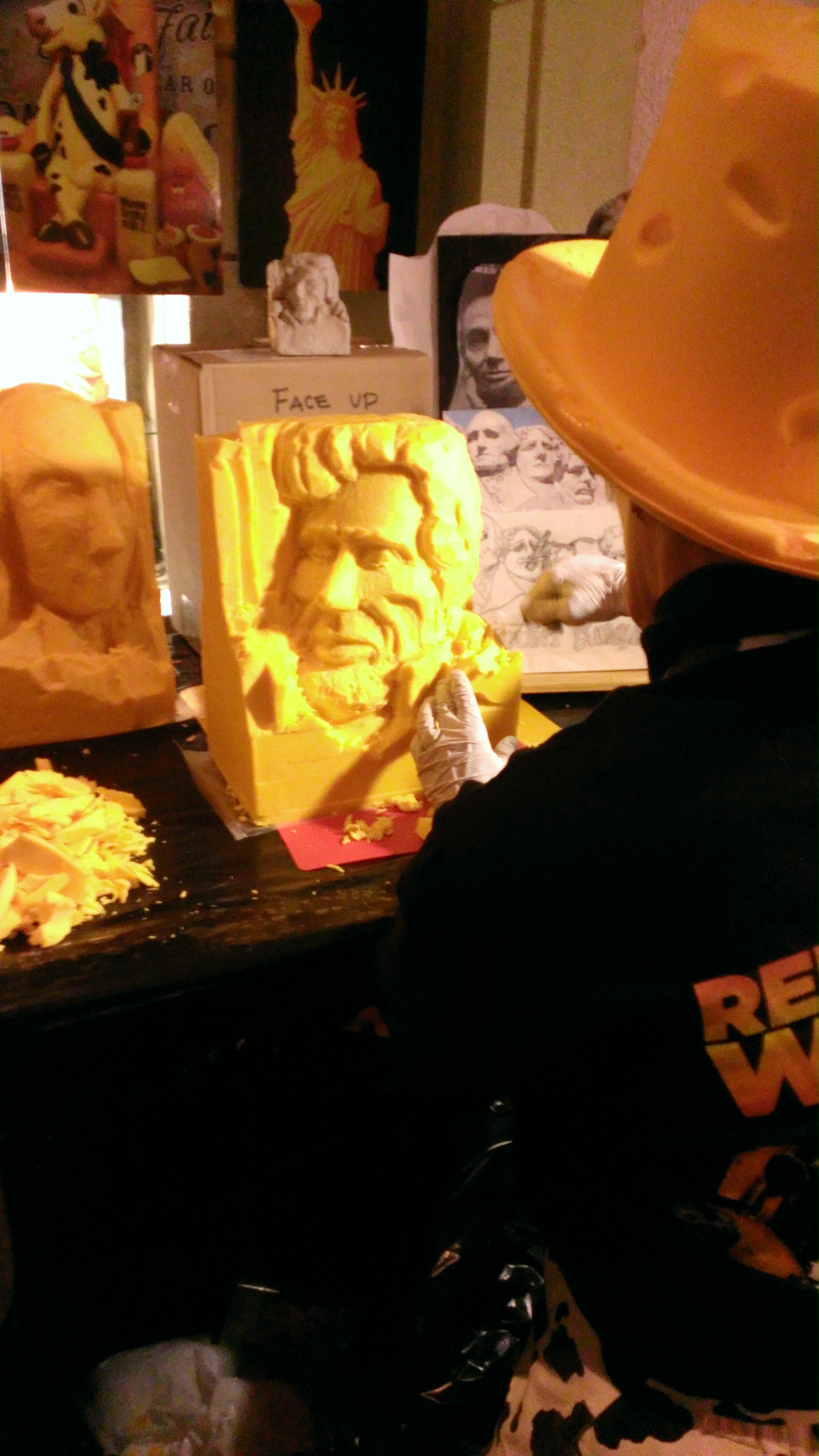 Abe would be proud. Also, hungry for a slice of Cabot cheddar.

We also stuck our heads in creepy places: 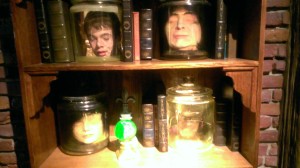 My phone selected all four heads and asked, “Who’s this?” Um… 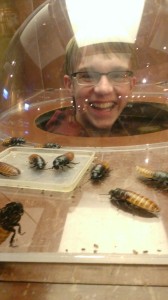 Yeah, those bugs are alive.

And we rode around on subways, and on bikes with square wheels at the Museum of Mathematics. 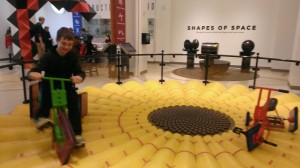 We went into this screen thingy that made us look like we were in an iPod commercial. I have no idea what it has to do with math. 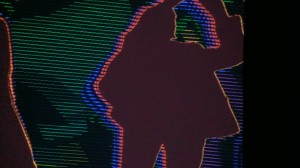 Sadly, I couldn’t dance and take a photo at the same time.

Then we walked part of the Highline, a public park built on an old elevated freight train line on the West Side. 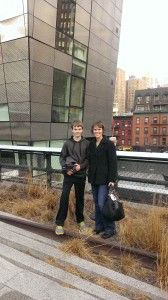 Luckily, it was a nice day out.

Then, on our way back toward Times Square, we got a taste of those New York Moments I told you about earlier. This time, it came from a very gregarious, tall, black, gay man with a short Mohawk and an attitude, who had some advice for his friend.

For several blocks, he announced gems like, “Dorothy! You ain’t never gonna finish four years of school. You too lazy.” Which made us think, “Ain’t nobody got time for that.” (Especially Dorothy.)

After dinner at John’s Pizzeria, we met some more characters: 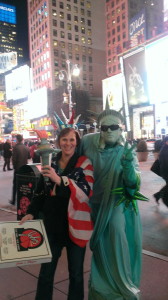 I didn’t get a photo of the guy who announced that he didn’t wear his pants so low that his “a–hole whistles in the wind.” Because ain’t nobody got time for that. Nor did I get a photo of the man who shouted at me as I left the MAC store, “You don’t need no MAC makeup! You look good already!”

Why thank you, sir. I think about you every time I put on my makeup.

This time in New York, we didn’t get to meet Jesus. But we did see Lincoln’s head in cheese, a stuffed albino giraffe, a pizza “pi” cutter for foodie math nerds, inside people’s third floor apartments from the Highline, Dorothy’s educational future being questioned, a man dressed like the Statue of Liberty, and giant bars of chocolate.

Yeah, we had time for that. New York, we’ll be back soon.