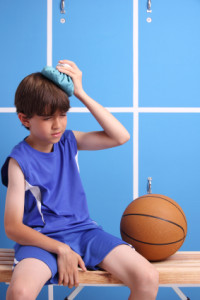 I am absolutely certain that I suffered at least one untreated concussion while playing soccer as a kid. This is where I’m supposed to say, “But I turned out fine.” Only, I know better. Lately, concussions have been receiving a high profile in the youth sports community, in part because of greater awareness.

In fact, last season my fellow coaches and I were required to undergo the Heads-Up concussion training in order to coach club soccer. And our U-14 boys’ team has seen our share of concussions, one on our watch, two on other soccer teams, one on a skateboard and one in a car accident with a basketball re-injury.

In January, I attended a round-table discussion on concussions at the National Football League’s headquarters in New York City, where we learned some of the ways that football is changing to better avoid and treat concussions. The best advice for all coaches, parents and athletes, “When in doubt, sit them out.”

According to the Centers for Disease Control and Prevention, ERs treat an estimated 173,285 sports- and recreation-related Traumatic Brain Injuries, including concussions, among kids ages 0-19.

Thanks to the CDC’s Concussion Program, I know how to identify the symptoms of concussion:

But what happens after the concussion? I’ve seen kids return to school too soon, only to go back home for days, even weeks, when their symptoms act up again.

“Every time you stress the brain and make symptoms worse or bring them back, it’s telling the kid, ‘I’m not recovered yet,'” says Dr. David Dodick, Professor of Neurology and Director of the Concussion program at the Mayo Clinic in Phoenix, Arizona.

He recommends a gradual return to class for concussed students, assuming they can first read and sit at a computer without symptoms. He likens it to returning to sports after an injury. You start slowly, by trying the exercise bike a few days a week. You don’t just return to a weekend-long tournament. Of course, your child should never return to normal activities without a doctor’s permission.

Dr. Dodick, who is also the president of the American Migraine Foundation and the immediate past president of the American Headache Society, reminds parents that kids actually want to go back to school, so they may try to hide their symptoms. They don’t want to fall behind in school, and they miss their friends. What’s more, parents don’t want their kids to fall behind at school by missing class and tests, so sometimes they push them to return to school before they’re fully recovered.

“But that prolongs recovery, and then they can start under-performing,” he warns. Taxing the brain that’s still recovering can actually make the situation worse in the long run. He suggests that parents stay in contact with the school nurse, who can help oversee the concussed child’s return to school, checking in with teachers and the student during the school day.

“It takes a community of people and a coordinated approach with the parents, teachers, school nurse and healthcare provider,” says Dr. Dodick. “You’ve got to think about the kid, their health and the long term.”

Meanwhile, 39 states have adopted concussion laws designed to help young athletes and their families, coaches, teachers, and healthcare providers deal with concussions. Check out what your state is doing (or not doing) to help: http://www.nflevolution.com/article/Concussion-Legislation-by-State?ref=767#MN

3 responses to “What Happens after the Concussion?”