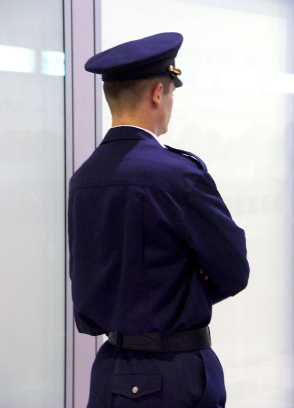 Did the Newtown shootings scare the bejezus out of you, too? Maybe you’d feel better if there was an armed guard at your kid’s school.

Well, one Florida mother went so far as to hire one, a sheriff’s department deputy, to stand guard at Old Kings Elementary School where her daughter attends. WKMG Orlando reported that Laura Lauria wrote a $12,000 check to the Flager County School District to reimburse the Sheriff’s department for placing a deputy at the school six hours a day, five days a week for at least the next two months.

WKMG reports that all the parents they interviewed were grateful for the gesture. But I’m not so sure I would be, and here’s why:

Now if there were armed guard in every school, that’s a different issue.  National Rifle Association consultant Asa Hutchinson told CBS This Morning last month that one-third of schools already have police presence, and asserts that all schools should have that same armed presence.

But CBS anchor Jeff Glor pointed out that armed guards at Columbine, police at Virginia Tech and of course, the heavily armed Ft. Hood could not prevent mass shootings. Watch the interview below.

Tell us: Would you (or do you now) feel safer with armed guards at your kids’ schools?