Lance Armstrong’s Lesson for Kids: Confess and Get Your Bike Back 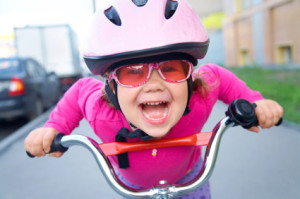 Lance Armstrong wants his bike back. His confession to Auntie Oprah on Monday about doping — after years of denying he took illegal performance-enhancing drugs during his cycling career — comes now, in part, because he wants the lifetime ban from elite competition lifted, reports have said.

As a cancer survivor, it pains me to say anything bad about Lance Armstrong. As a mom, though? That’s a different story.

Cancer Survivor Jen Singer told USA Today last October, “It’s heartbreaking, but everybody is human. The cancer community will be forever indebted to him for what he has done for us.” And I stand by what I said. Even people who do bad things can do very good things, and that’s exactly what Lance Armstrong did by advocating for survivorship and proving there’s life after cancer.

Of course, that life after (and before) cancer involved doping, and that’s where both Mom Jen Singer and Cancer Survivor Jen Singer agree that this is a sad situation by someone who did a bad thing and lied about it.

Mom Jen Singer just thinks the whole thing is an empty gesture to get back into competition. It’s an apology, but he’s not really sorry. Take a look at just a few of the times Armstrong vehemently denied doping in past years, even looking straight into Larry King’s camera and therefore, into our living rooms, and lying:

If his lifetime ban is reduced to an eight-year ban followed by a return to the scene of the crime, what would it teach our kids? That you can do something bad and then lie about doing it for years, apologize for it to the wrong person and get your bike back. And that’s just plain wrong, no matter who is looking at it.

One response to “Lance Armstrong’s Lesson for Kids: Confess and Get Your Bike Back”

Leave a Reply to Peggy Click here to cancel reply.