Guest Post: Take My House, Please—We’re Tired of Keeping It So Clean!

My friend Michele Wojciechowski has written a very funny book about moving, packing, cleaning and her husband’s love affair with the Magic Eraser. If someone on your holiday list is moving, pick one up today!

Excerpted from “Next Time I Move, They’ll Carry Me Out in a Box.”

For those of you who have never sold a home, let me enlighten you. Do you know what the most difficult part of it all is?

It’s not waiting for a contract.

It’s not having Open Houses.

It’s not even rushing out on a moment’s notice after the real estate office calls saying, “Michele, there’s someone right outside your door who wants to see the house. Can they?”

I expected all that.

What I didn’t expect, though, is how hard it is to keep the dang place clean.

I’ve already explained how we’ve cleared the clut­ter out of our home so that people can, uh, actually see it when they come to look. You know what I’ve discovered? You see a lot more dust when there’s not as much clutter.

I’m dusting and vacuuming our house more than I probably have in all the time that we’ve owned it.

(Unless, that is, you’re a prospective buyer, in which case, I’ve always dusted every room and vacuumed the entire carpet. Every day. For over a decade. You could eat off this floor. But please don’t, because that would make me have to vacuum again.)

My husband, who’s obsessed with the Magic Eraser, said to me the other day, “I can’t wait until we sell this house so that we can be slobs again!”

Let me clarify: we aren’t slobs. We never leave plates full of food sitting in rooms. We never have bug infestations.

But if we let some laundry pile up, it isn’t a big deal.

Until, that is, we put our house on the market.

The thing about selling your house is that, as strange as it sounds, you have to make it look cozy, so that people can imagine themselves living there. But you don’t want them to have any idea that you actually live there now.

So just rinsing the sink out isn’t good enough. Every day, after we’ve all had our showers, etc., I attack the bathrooms, and clean them up. I don’t want a couple of water spots to deter someone from putting their name on the dotted line.

I’m cleaning our storm door every single day. Do you know why? Because our dogs love to look outside during the day, and when doing so, they push their snotty little noses up against the glass.

Someone who might want to buy our home could think, “Ewwww…dog nose prints. There’s no way I’m buying this house now!”

All right—they probably wouldn’t say that. But I’ve developed this habit of trying to get inside the heads of possible buyers and make everything look pleasing to them. Which, granted, is pretty insane.

I also make sure that there are no stains, smells, or remnants from our dogs. There’s no dog hair on the floors or on the furniture because we are vacuuming each day.

We hide the dog bowls.

We hide the treats.

We hide the toys.

There is absolutely no evidence of our stinky, furry friends anywhere. Keeping the house dog-hair free, when the dog who sheds most is black, has not been the easiest thing to do.

You know what else is hard to do? Eat. I mean this. Because we can’t be right in the middle of cooking a meal, eating it, or—gasp—be cleaning up if someone wants to come and see the house.

We’ve eaten so much carryout in the last couple of weeks that when this is all over, I think I’ll eat nothing but fresh vegetables for a month.

So we’ve been doing our best to eat healthful foods. Then we take the plastic containers they came in, throw them in the trash, and take the trash outside.

And don’t give me any stuff about how I’m ruining the environment and adding to the landfills. I’ve got enough stress in my life right now and adding guilt will probably make my head explode.

Perhaps I’ll begin to spit in the sink and leave rem­nants of toothpaste so that, like a dog marking its ter­ritory, buyers will know that I live here.

I could leave dirty dishes in the sink, ignore the ring in the tub, and let the dust pile up. Then I’d put out a sign, encouraging visitors to write their names in the aforementioned dust to let me know that they had been here.

Okay. I have now successfully grossed myself out.

Who am I kidding? I know I couldn’t do that. Even if we’re tired of being “so clean.”

Now if you’ll excuse me, I have to go find the Magic Eraser.

Need a laugh? Are you in the New York area? See Michele “Wojo” Wojciechowski and Jim Medrinos (comic and former SNL writer) perform live comedy at The Bucket Show at Ryan’s Daughter on the Upper East Side this Thursday night. All proceeds will go to the American Red Cross for victims of Hurricane Sandy. Because Wojo’s nice that way. 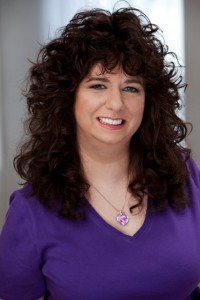 Michele “Wojo” Wojciechowski is a national award-winning freelance writer and humorist, as well as a standup comedian and public speaker. Her writing has appeared in Family Circle, Boys’ Life, Los Angeles Times Magazine, Maryland Life, Baltimore magazine, the BaltimoreSun.com, and the Chicago Tribune’s RedEye.com, among many others. She has written the award-winning column, Wojo’s World™ since 2003 and is a faculty member of the Erma Bombeck Writers’ Workshop. Wojo lives with her family in Baltimore, Maryland and is never moving again. For more information, visit WojosWorld.com.

One response to “Guest Post: Take My House, Please—We’re Tired of Keeping It So Clean!”