Snooki is a Mom and Other News to Make You Sigh 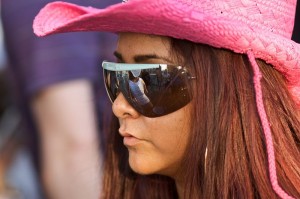 Mom leaves baby to go on vacation. National news covers it. Rebecca Eckler, the blogger commenters love to hate, announced on Mommyish that she was leaving her newborn with her fiance’s mom and her nanny to go on a six-day vacation in Mexico. ABC News then reported on the ensuing web fall-out, in which Eckler’s baby was compared to a dog and she was called the “C” word.

When I was home with a colicky 10-week-old newborn, I fantasized about being able to eat dinner with both hands. The idea of getting a room for the night at the Super 8 motel near the Meadowlands sounded to me like, well, a six-day trip to Mexico. I am at once retroactively jealous as well as appalled.

Dad announces that his sons’ winkies have been left au naturel. Will Robertson blogged for Parenting and CNN that, though he likes his circumcised penis, he didn’t have his sons circumcised, figuring that “nature knows better than I do how to make a penis.”

Then a bunch of commenters made references to turtles,  child abuse, religion and gross medical conditions.

Snooki is a mom. The Associated Press announced this morning that Nicole “Snooki” Polizzi gave birth to a baby boy yesterday morning in the same hospital where I had my radiation treatments for cancer. Her baby announcement reportedly went like this: “The world just got another Guido!!!” Yes, with three exclamation points and all that.

You may now return to your reguarly scheduled shin guard hunt.

Posted in In the News | Tagged news, snooki | Leave a response