Should Your Kids Go to the Movies This Weekend? 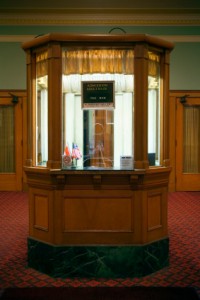 It’s a perfect day for a movie here on the East Coast. A heat wave has given way to a chilly, rainy day. But I won’t send my kids to the movies. Not this weekend.

Do I think there will be another shooting? Probably not.

There are plenty of crazy copycats out there, but security has been stepped up at theaters across the country as a result of last night’s shootings at an Aurora, Colorado, midnight screening of the new Batman film, “The Dark Knight Rises.”

CBS News reports that at the AMC theater in New York City’s Times Square, police officers have been stationed outside the entrance, and bags are being searched at theaters across the country.

But all it takes is one stupid teen playing a joke — creating a loud POP! by stepping on an empty popcorn container — to start a panic. Suddenly, people rush the exit, and people get hurt.

Besides, going to the movies is supposed to be an escape. What kind of escape can you have while checking every door or tensing up every time someone stands up?

I will, of course, tell my kids that this tragedy was a random act of violence by a disturbed individual, and that we can’t live in fear. But I will also tell them that I’ll feel better if we wait a few days until the collective heightened sense of fear and loss from this tragedy calms down before we think about going to a movie theater again.

In the meantime, we’ll cue up Netflix and stay home.

Are you avoiding the movie theaters this weekend?