Traveling with teens, the magazines warn, is an exercise in futility. Beware your summer vacation plans. Teens, say the articles, would prefer to plug in their ear-buds and ignore you. Once you learn the 7 rules for traveling with teens, you will be able to endure your trip, should you dare to take one:

1. Teens would rather be dead than be seen with you. 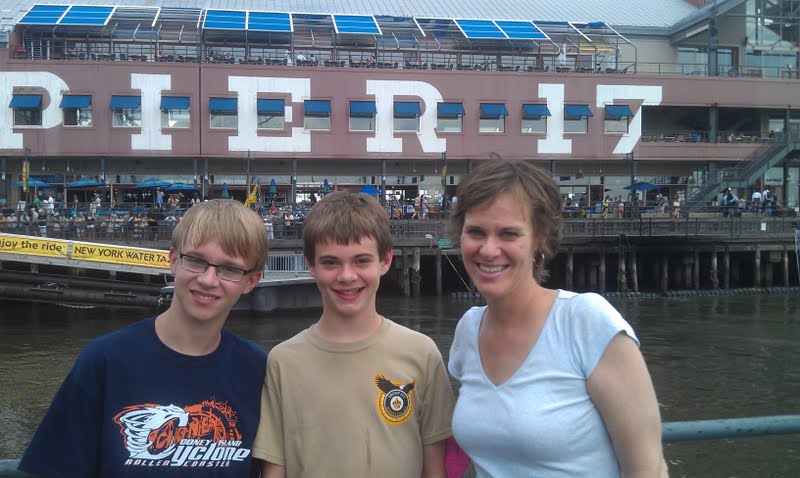 2. Teens would rather play video games than see anything of historic value. 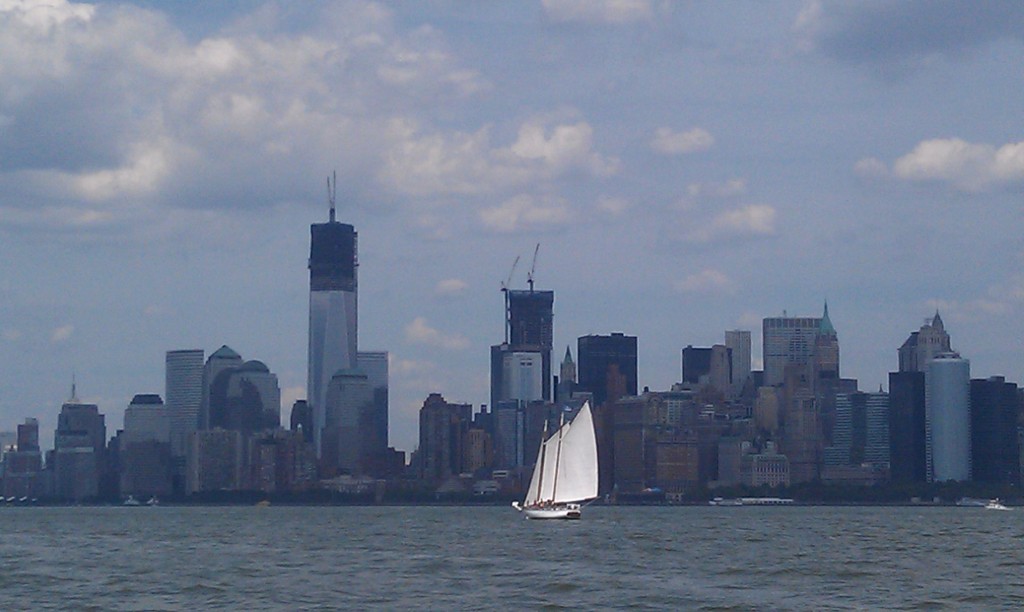 When my kids were in preschool, the World Trade Center was destroyed. In the past few years, they have been watching the new towers rise, marking the progress whenever we go into the city. 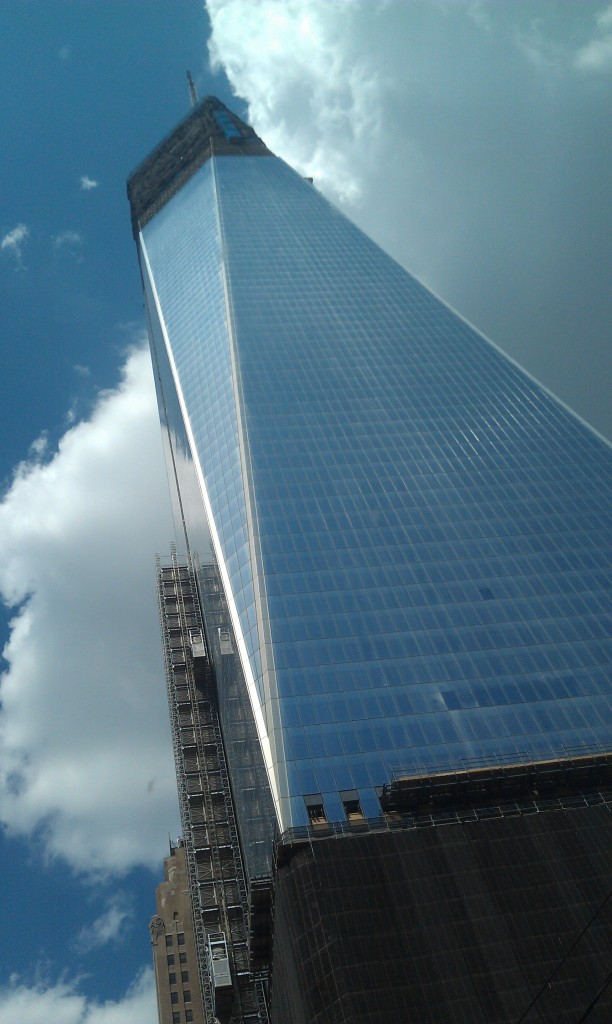 My 15 year-old took this from our car, on the West Side Highway, while he told me about the tallest buildings in the world.

3. It’s best to stick to chain restaurants and fast food so your teen feels at home in a strange place. 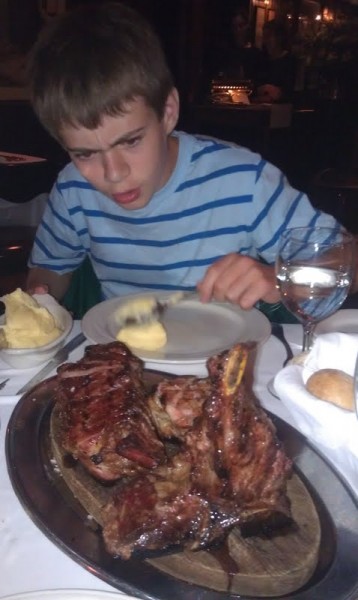 At Keene's Steakhouse, we shared the porterhouse for three, medium rare, that was the size of a soccer ball but far more tender and tasty.

4. When choosing a hotel room for your teens, the most important amenity is the wide-screen television. 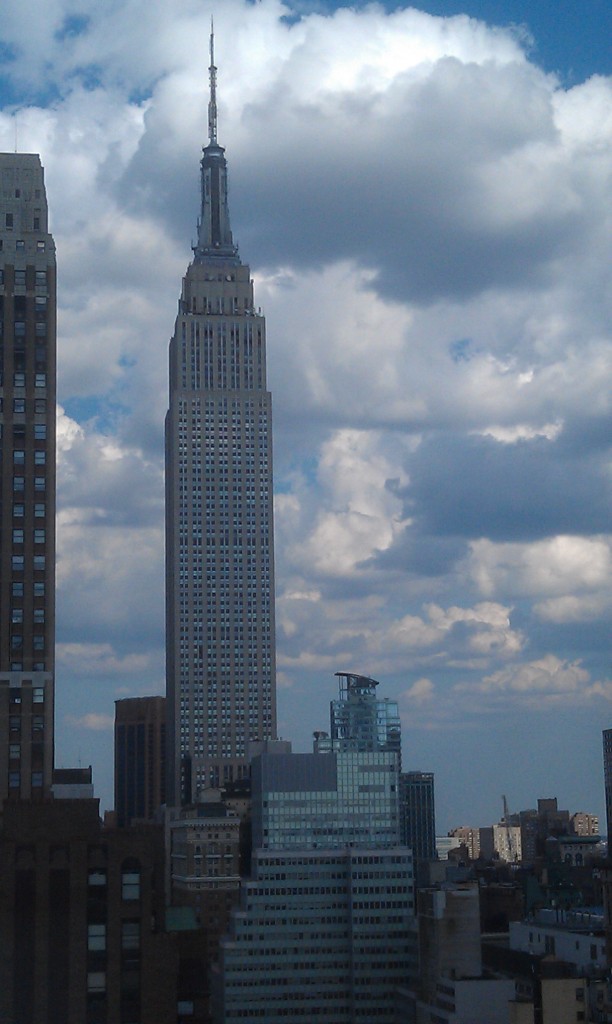 The view from our room at the New Yorker Hotel. 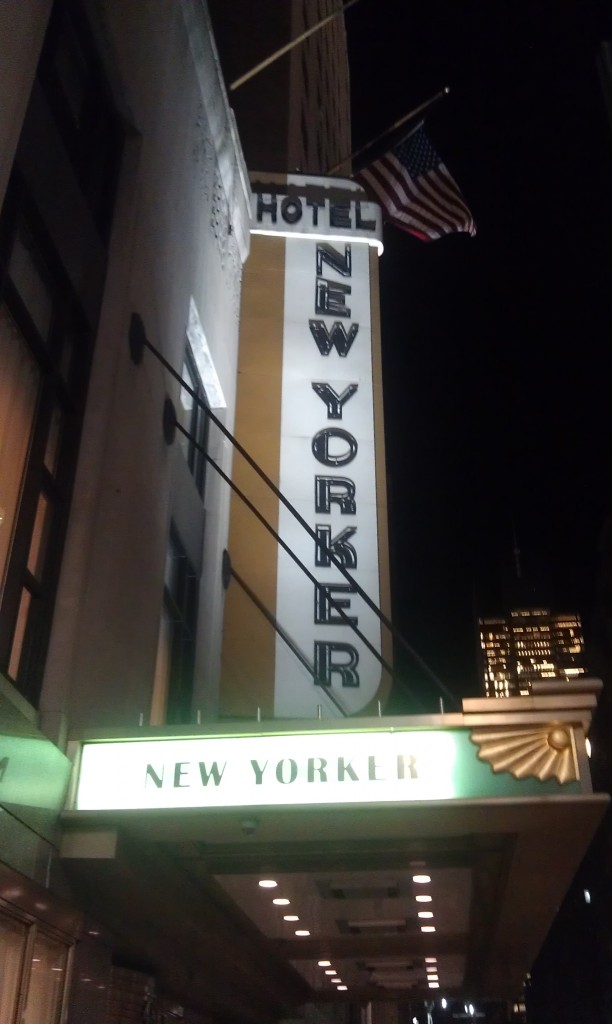 There's a Tick Tock Diner inside the hotel where we dunked waffles into maple syrup at breakfast.

5. It’s important to provide your teens with a nighttime activity that keeps them from getting bored, such as a movie on their iPads. 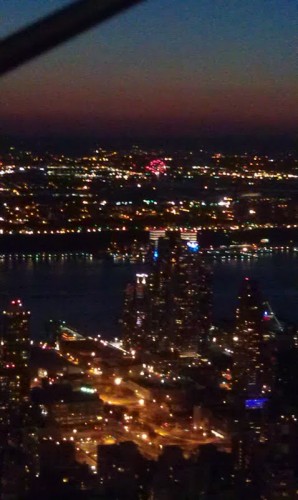 Shortly after sunset, we reached the top of the Empire State Building where the kids spotted at least five fireworks displays over our home state of New Jersey.

6. Teens prefer activities that are costly, so budget accordingly. 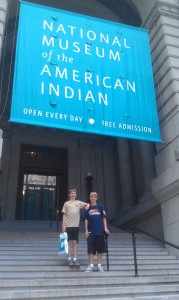 When we stumbled upon this museum downtown, my kids asked if we could go there. Admission: Free.

7. Teenagers are naturally narcissistic and tend to think only of themselves. 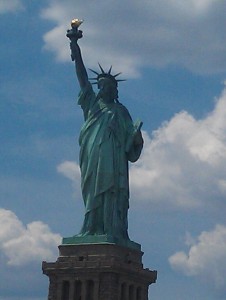 My kids decided to ask their grandfather what it was like to come upon the Statue of Liberty after he had escaped Hungary during the revolution and headed west by boat to New York City.

Remember these time-honored rules of traveling with teens, and you will make it through. Or, just imagine attempting to do all that with toddlers.

One response to “7 Time-Honored Rules for Traveling with Teens”