Summer Fun: We Will Be Spies in New York

Next week, my children and my mother will be spies. I’ll drive the get-away car.

We’re going to see SPY: The Secret World of Espionage, at Discovery Times Square, where we’ve visited other cool shows, such as last year’s Pompeii exhibit.

Considering my kids really enjoyed the International Spy Museum in Washington D.C., which we visited during Spring Break in 2007, I’m sure they’ll like Discovery’s rare spy items, including:

We’ll be able to become spies for a day, learning how to create a disguise, navigate through security laser beams, see through walls and monitor New York City by satellite.  Really, what kid wouldn’t want to take this one on? 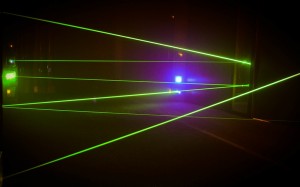 We were planning to go anyhow when I got an email about a Father’s Day promotion that read: “SPY is a perfect activity to be enjoyed by the entire family and on Father’s Day, June 17th, dads will be allowed free entry (originally $27/adult) with the purchase of an additional ticket at the box office.”

So I offered to promote the special in exchange for freebie tix. Thank you, Discovery!

If you get to see SPY this summer, let us know what you think of it. I’ll be gassing up the get-away car.

Posted in All in the family, Boys will be boys, Uncategorized | Tagged discovery times square, museums, summer activities | 3 Responses

3 responses to “Summer Fun: We Will Be Spies in New York”

Leave a Reply to Debbie Click here to cancel reply.