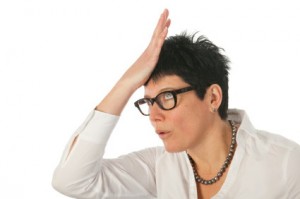 4 Things to Know about How Motherhood Changes Your Brain

Oh, the joys of “Mommy Brain!”  I am not afraid to admit that I had it bad.  When my son was only a few months old, I felt like I couldn’t remember anything.  My housekeeping suffered—even worse than usual.  I had to scale back at work because I kept losing track of appointments.  My sex life nearly evaporated.  And I left the groceries to rot in the back of my car not once but four times over the course of a very, very hot summer.  Not my brightest moments.  There’s a pervasive notion that Mommy Brain is a bad thing—and we use those two words to explain many of the mistakes we make, big and small, when we become parents.  But is so-called Mommy Brain really the damaging intelligence suck we’ve made it out to be?

New work in the neuroscience field has demonstrated that our brains do go through a whole host of changes after childbirth.  But they suggest that Mommy Brain is not making us slower and dumber, but rather preparing us for all the challenges and rewards involved in raising a child.  Here are a few things to know about how motherhood changes the brain.

Babies are better than cocaine.  You may notice that there is nothing sweeter than your baby.  It can be hard to stay away from all that precious newborn-y goodness, even to the point where you are wary of putting the baby down when she is sleeping.  Or when someone else asks to hold her.  Or when you have to go to the bathroom.  Despite all the screaming and pooping, they become the ultimate positive reinforcement.  As one researcher put it, “If we knew how sexy babies are, they would have been banned.”  All creepiness aside, the line fits Mommy Brain.  And it’s likely because pregnancy completely rewires the way that your brain processes rewards.

So, okay, you didn’t remember that it was “Funny Tie” day at school.  You managed to keep your kid clean, safe and fed.  That’s not stupidity.  It’s just a change of focus.

In a study done at Northeastern University, neuroscientists discovered that the act of nursing and caring for babies activates the reward processing circuitry in the brain.  Lights it up like a Christmas tree.  Despite all appearances to the contrary, it’s pleasurable thing to take care of a baby.  In fact, that brain activation looks a lot like when you give someone a hit of cocaine.  But when researchers gave lactating rats a hit of cocaine instead of babies and then scanned their brains, they found a suppression of activity.  What does that mean, exactly?  Craig Ferris,  the lead scientist who did this Mommy Brain study, argues that childbirth and lactation puts a negative valence on anything fun that might get in the way of moms taking care of their pups.  If these results are applied to humans, it could explain a whole lot of Mommy guilt—a brain designed to ignore potential parenting distractions isn’t going to help you get back to the gym, give your career your full attention or help you rediscover your sexual mojo.  Most of your neural resources are focused on baby.

Motherhood prepares you to slay dragons, not recall that it’s “Funny Tie” day at school. So does Mommy Brain make you dumber?  Work in rats suggests that is not the case.  In fact, mommy rats smoke their virgin counterparts on navigating mazes, capturing prey and protecting their young.  Of course, no one is judging your average rat for losing her keys for the fifth time this week.  But it would seem that changes to human mothers’ brains change in similar ways.  Some areas of the cortex get bigger, connections are rewired and hormone and neurotransmitter levels change.  And it’s likely that those changes help bolster learning and problem-solving—at least as it pertains to your kid.  Think about it:  you have to learn to differentiate cries, avoid dangers and change horrendously poopy diapers without getting any yuck on the only nice shirt that still easily buttons over your engorged boobs.  So, okay, you didn’t remember that it was “Funny Tie” day at school.  You managed to keep your kid clean, safe and fed.  That’s not stupidity.  It’s just a change of focus.

Attitude matters—accentuate the positive. When neuroscientists scanned the brains of new moms, they found structural changes in a lot of different brain regions involved with attention, learning and attachment.  But when moms admitted to feeling very positive about motherhood and their babies, these scientists also found changes to brain areas involved in reward processing and pleasure.  Neuroscientists have learned that humans aren’t hard-wired for anything, that our brains are plastic and ever-changing in response to our environments.  As such, scientists argue that your interactions with you baby are just as important to help prepare you for parenthood as the biological changes that occur during pregnancy.  So next time you feel like you are faking-it-until-you-make-it during the four-hundredth-and-seventy-sixth iteration of Patty Cake, don’t let it get you down.  It’s going to help you actually become a better parent (and feel really good about all those parenting demands) later.  (Plus, the Patty Cake tune is pretty darn catchy).

Mommy Brain doesn’t last forever. There’s no question:  pregnancy and motherhood turn your life upside-down.  They change your focus, your attention, your memory and your brain.  But it’s important to remember that it’s not forever.  Just as your brain is plastic enough to go through all these incredible changes after you have a baby, it is plastic enough to go through other changes as your baby grows and needs you less.  So if your career, flat abdominals or an active sex life is important to you, it’s never out of the question.  Understanding your neurobiology, those factors that can make those things seem so out of reach, may be the key to helping you balance it all.  (Except “Funny Tie” day.  Because whoever made that up has way too much time on her hands).

Kayt Sukel is a devoted Mom and the author of DIRTY MINDS: HOW OUR BRAINS INFLUENCE LOVE, SEX AND RELATIONSHIPS (Free Press, 2012).  She still, on occasion, leaves her groceries to rot in the back of the car but has successfully held on to her mojo.  She’ll call it a win.

One response to “GUEST POST: Sex, Lies and Mommy Brain”