Parents Sue Over Apps. But Should They? 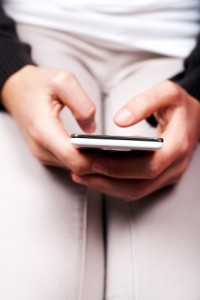 Are your kids charging app credits to your credit card? If so, whose fault is it? According to a few parents, it’s Apple and Facebook.

A mom is suing Facebook in a class-action suit on behalf of parents whose teens have made credit card charges for Facebook credits. You know, the virtual currency that lets people buy sheep in Farmville or lamps for their Sims, for instance.

Similarly, a group of California parents are suing Apple for game currencies their children bought on apps.

According to ABC News, the Apple suit asserts that children could buy game currencies without their parents’ knowledge on apps that were advertised as free. The suit cites a “bait and switch” advertising for SmurfVillage, an app advertised as free but which offers 1,000 credits for $59 from within the app.

The parents claim they were unaware that purchases could be made without re-entering the password, which resulted in children charging the parents’ accounts in amounts ranging from $99.99 to $338.72.

In the Facebook suit, the mom claims that some $5,000,000 in unauthorized Facebook Credit purchases have been made by minors between the ages of 13 and 17. Some of those purchases were by her own kid.

She argues her son – who purchased Facebook Credits for use in social games – did not know he was spending real-world money, and is looking for a refund.

Facebook’s only stipulation for minors to purchase credits with real life cash is that they discuss it with their parents or guardians. But legal experts say that doesn’t go far enough to protect parents and consumers.

On the one hand, yes, it sure would be nice if giants like Apple and Facebook made it harder for our kids to buy things with our credit cards. On the other hand, shouldn’t we parents make sure our kids know that if they buy stuff — real or virtual — with our credit cards, they will get into heaps of trouble?

Comments so far fall to either “Big Bad Company steal our money” or “Slacker parents need to be in charge of their kids.” Ah, but the answer is somewhere in between, right?

One response to “Parents Sue Over Apps. But Should They?”