One for the Road: Social Media or Stalking App? 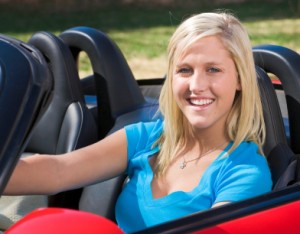 For a moment, I felt like Christie Brinkley. Four guys from a college in Maine  in a beat-up old car were trying to keep up with me — one girl in a Mustang that was affixed with a Boston University sticker  — as we all returned to school after the holiday break on Route 84 in Connecticut.

They motioned to me to pull over at the next rest stop.

I let them try to catch up to me, waved and then blew past the rest stop exit. I never saw them again.

Nowadays, that could end differently thanks to a new social media service called Bump Network. According to a Fox News report, those college guys could now use their smart-phones to scan my license plate and send me a text. Well, assuming I’m stupid enough to also sign up for the service, which seems to me like driving around with your phone number emblazoned on your bumper.

The Terms of Service explicitly state that you cannot “use the Service to ‘stalk’ or harass any person.” Nor can you transmit material that is, among other things, “obscene, pornographic, indecent, lewd, suggestive, harassing, threatening, invasive of privacy, abusive…”

It doesn’t say anything about luring a single woman to a wooded rest area off Route 84. Or your daughter (or son, for that matter.) But it does say this:

“When a user seeks to contact a registered BUMP.com member, he or she will have the option of connecting directly to the member’s mobile phone.  On the receiving end, users can opt to accept direct calls or voice messages, or have their communications delivered via text, email, or directly into their BUMP, Facebook or Twitter accounts.”

I’ve got a better idea. Let’s put down our phones and wave goodbye to the strangers in the next car.