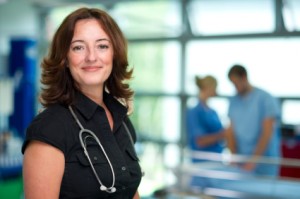 Considering they were drinking Half-and-Half straight from those little white plastic containers when I asked the question, they were probably kidding when they answered me.

“What do you want to be when you grow up?” I asked.

“I want to marry a doctor,” one teen answered.

“I want to marry a lawyer,” said another.

Did the women’s movement get sent back 50 years? Not exactly.

I was asking a table of seventh and eighth grade boys, kids on the soccer team I coach, about their futures this Sunday afternoon while we ate lunch at the diner between tournament games. They seemed to think that marrying rich was their very own novel idea. I contemplated telling them about the “MRS” degrees of yore, when women attended college with the expressed purpose of meeting and marrying men aspiring to professional positions, but I decided not to. Why ruin their image of women as wage earners? Besides, they had moved on to carving their pickles into little boats.

How much truth there was to their answers didn’t matter so much to me as the fact that they never added a caveat, an aside that put women down, like “If I can find a lady doctor!” These boys have seen plenty of women who are doctors and lawyers, and likely think nothing of it, because we’ve come a long way, baby.

My parents’ generation of men assumed they’d be the breadwinners of their families. Our generation of men understood that “women can do anything men can do,” but probably didn’t believe it until they grew up, if ever. These boys, however, seem to see women as potential meal tickets who can bring home the bacon. (They never said who’d fry it up in a pan.)

Is that progress? Considering they’ve never questioned why a woman is coaching a boys’ soccer team, I’d say yes it is. (Not a few men, including other soccer coaches, have assumed that I coach girls: “Oh, you coach boys?”  they ask, bewildered. When I point out that I don’t have to cover my privates during direct kicks, they tend to shut right up.)

The boys and I made a pit stop at the Barnes & Noble on our way back to the field so we could fill up on hot chocolate and look for a copy of “To Kill a Mockingbird” for one kid’s English class. I checked to see if my books were in stock. (No, but they could order them for me. Um…no thanks.)

“Hey, you gonna write about us?” one of the kids asked.

Oh yeah. You and your future wives.

Have we come a long way or not, women?