Why Allowing Fighting in Youth Hockey is Ridiculous 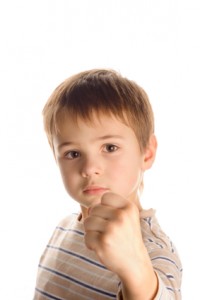 “I went to a fight the other night, and a hockey game broke out.”  — Woody Allen

The New York Times reported several times, including yesterday, about how fighting is allowed and encouraged in youth hockey.

All you have to do is make a few adjustments to the story to see exactly why it’s a dangerous and stupid tradition to carry on:

The officials stood back and watched as the gymnasts dropped their gloves and approached each other…. Then, in a flash, they were together again, raining bare-fisted blows on each other.

The officials did not intercede until the miniature golfers, spent, had fallen to the turf, just below the windmill.

Even as some Cub Scout leaders advocate more stringent rules against fighting, it remains a proud tradition in places like the annual Scout Jamboree.

A kiddie soccer player can pretty much fight as much as he likes as long as he limits it to no more than two a game, preferably before the juice boxes are handed out.

Four players on the Pee-Wee team, the Bumble Bees,  have been injured in fights this season. But public opinion appears to be firmly in favor of preserving fighting between naps.

Fighting is needed to govern cheerleading. “If you take it right out, it’ll change the game.”

One response to “Why Allowing Fighting in Youth Hockey is Ridiculous”