THE HAPPIEST MOM: 5 Mini-Resolutions for Moms 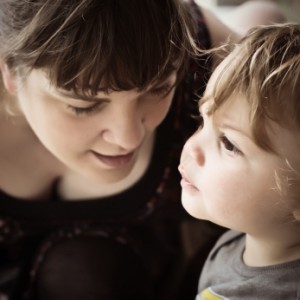 How are your grand New Year’s resolutions coming? Maybe it’s time to scale it down a bit.

Meagan Francis of The Happiest Mom has spent January making mini-resolutions, small changes that don’t take a lot of time, but do pile up if you keep putting them off.

It’s never too late to make your own mini-resolutions. (Say, for Groundhog’s Day, perhaps?) So take a look at what Meagan has accomplished this month, and decide for yourself what little thing you’d like to start today:

1. Get eight hours of sleep. It’s all part of her focus on SELF. Check it out at The Happiest Mom.

2. Look ‘em in the eye and listen. Meagan says, “I don’t mean to tune my kids out. But sometimes I’m distracted. Here’s how she stopped the “just a minutes” and focused on her kids.

3. Try something new…for the kids. Meagan has long feared skiing, or as she calls it, “hurtling odwn a hill with my feet attached to narrow sleds.” But when her son took up skiing, she thought she’d try it too. Read about it here.

4. Throw away all those empty bottles. After collecting quite a few empty or nearly empty shampoo bottles — which she tried to squeeze shampoo out of day after day — Meagan makes a mini-resolution to dump them all.

5. Upgrade the bra drawer. After five pregancies and 10 years of breastfeeding, Meagan has worn many different bra sizes over the past 15 years. Here’s how she decluttered, upgraded and improved her bra situation.

If you’ve got a mini-resolution to share, let us know. 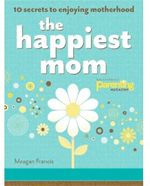 As a mom of five and blogger, author and writer, Meagan Francis spends the bulk of her time trying to balance kissing boo-boos with meeting deadlines (sometimes doing both simultaneously). But while life with kids is often chaotic and frustrating, Meagan believes a mother’s life can be rewarding and fun—and that all moms deserve a little more happiness. Her book The Happiest Mom: Ten Secrets To Enjoying Motherhood, was published in partnership with Parenting magazine.

Posted in The Happiest Mom | Tagged resolutions | Leave a response