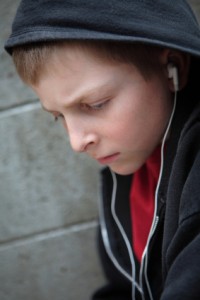 “Who does this look like?” I asked the father of one of the players on the soccer team I coach while holding up a photo of a young Steve Jobs. He agreed that the picture looked just like his son.

“I wish he was Steve Jobs,” he said, chuckling. I mean, what parent wouldn’t want a Steve Jobs as offspring, right? A genius kid who grows up to change the world — for our generation, it’s the “My kid will be President someday.” But should it be?

Parenting.com offers at CNN today, “How to Raise the Next Steve Jobs,” with tips like “Ask your kid open-ended questions” and “Seize teachable moments.” Great parenting tips, but there was more to the man than his amazing technological creations and amassed fortune.

If you, too, have read Walter Isaacson’s biography, then you know that if you’re raising the next Steve Jobs, you’re also raising someone who routinely verbally abuses his underlings, all but ignores his own daughter for years and characterizes people in one of two ways, “enlightened” or “bozos.”

Jobs operated within his own “reality distortion field,” as his colleagues dubbed it, where he was known to bend history, lie, cajole and erupt — often in the same sentence — to fulfill his technological fantasies.

That’s got to make for a stressful Thanksgiving dinner, no?

“Pass the potatoes, you bozo.”

On the other hand, people who worked for him said that he got them to do things they never imagined they could do. And he changed the world (she wrote while listening to her iPod.) But at what cost to the people who loved him and worked with and for him.

What do you most want your kid to be? Happy? Funny? Confident? Loved? We’re betting “Valedictorian” didn’t pop to mind.

Did “The next Steve Jobs” pop into yours? Are you sure you want that?

One response to “Do You Really Want to Raise a Steve Jobs?”