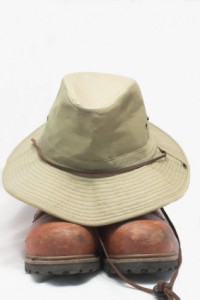 “Okay, don’t tell me his name, just his initials,” my mother greeted me when I answered the phone one recent morning. “Who’s the actor who plays Indiana Jones?”

And then, silence on the other end of the phone, except for the theme song from Raiders of the Lost Ark, or whatever, playing in the background. My mother was watching an Indiana Jones movie with the Korean technicians at the nail salon, a perk of retirement few people tell you about. Only, she couldn’t remember the lead actor’s name, and she’d promised the ladies at the salon that she’d figure it out.

“His first name is a last name,” I offered, but that didn’t seem to help jog her memory. “The same as a U.S. president,” I added.

“What number?” she asked, because my mother has the presidential line-up memorized. Had I answered, “Ninth, and the first to die in office,” my mother would have come up with the name instantaneously. She’d also have added that he was the oldest president until Ronald Reagan took office, and then she’d have rambled on about Tippecanoe and Tyler, too. Except, I didn’t know any of that until I Googled him later.

“Harding?” she answered, verging on exasperation. It alarmed her that she couldn’t remember the actor’s name. My mother, who can recall what she wore to a party in the spring of 1963 and the names of every team in the National Football League, doesn’t forget movie stars’ names. To her, this meant she must be heading down the road to dementia.

I tried a different tack: “His last name is a car company.”

And the Oscar goes to…Harding Ferrari!

“I know. Han Solo. I just can’t remember his real name,” she said, her voice trailing off. I heard “H.F.” talking in the movie, and waited for my mom to say something else, but she didn’t.

Finally, I put her out of her misery. “Harrison Ford,” I gave up.

“Nope. I wasn’t going to get that,” she admitted, sounding worried. Other people fear they’ll get old, lose their minds and end up incapable of remembering where they live or who they’re married to. My mother, however, fears losing access to some of the oodles and oodles of useless information she’s stored in her head over the past 71 years.

She could, after all, tell you what year we went to Canada on a family trip (1979), who starred in Maude (Bea Arthur) and when Labor Day is this year (September 7th) without looking them up. And then she could disappear into her closet and return with a photo album from Prince Edward Island, a TV Guide from 1975 and calendars for the next six years.

My mother is our very own Wikipedia – minus the Harrison Ford entry, perhaps.

“You know,” I said, “when I couldn’t come up with the word ‘lotion’ to describe how I got my rings off my fingers the other day, I substituted it with ‘sauce.'”

“I’m talking about removing jewelry with lasagna ingredients because I can’t come up with the right word, and you’re worried about Indiana Jones?” I asked. “Plus, I’m 30 years younger than you are.”

But she had to hang up to go do whatever it is that retired people do after they watch feature films at the nail salon on a Thursday morning. And I needed some sau–, er, lotion, or whatever.

From now on, I’ll just use initials.

Posted in All in the family | Tagged memory loss, senor moments | Leave a response