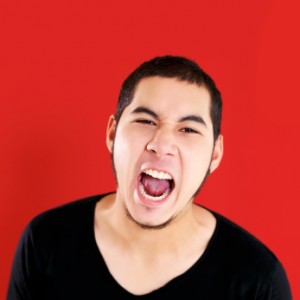 Tired of the eye rolls and backtalk from your teen? Let ‘em argue. It’s good for them.

A new study published in the journal Child Development and featured on NPR explains why arguing may well be beneficial to your teen’s future. The study found that learning how to agree to disagree is a life skill that will help your teen deal with the clashes of adulthood.

But it also helps them resist peer pressure. Study leader psychologist Joseph P. Allen says that learning to argue helped teens deal with the pressure to conform to risky behavior like drugs and alcohol.

Says Allen: “They were able to confidently disagree, saying ‘no’ when offered alcohol or drugs. In fact, they were 40 percent more likely to say ‘no’ than kids who didn’t argue with their parents.”

But take heart parents:  Allen also told NPR that teens should be rewarded for arguing calmly and persuasively, but not for yelling, whining, threats, insults, etc.

It’s all about the quality of the argument. Reports NPR, “In the study, when parents listened to their kids, their kids listened back.”

But when parents didn’t listen to their kids, the teens gave up and became passive — then took that passivity to their peer groups where they were more likely to take drugs and drink alcohol.

The bottom line? Respect and listen to your teen, even when you disagree. If you teach your teen to “fight fair,” it’ll go a long way to helping them become independent thinkers who can resist peer pressure.

2 responses to “Let Your Teen Talk Back? It May Keep Them Off Drugs.”