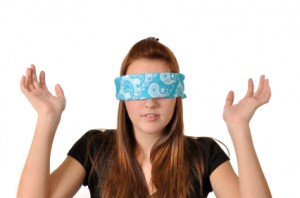 So you’re a high school athlete, the captain of your team. Your school holds a pep rally in the gym, where you’re blindfolded and told that another senior would be kissing you full on the lips.

Except, when you take the blindfold off, you discover you didn’t just plant your lips on another student, but on your parent.

Ew, right? Well, according to the Star Tribune, that’s exactly what happened at Rosemount High School in Minnesota at a recent pep rally for winter sports’ teams. One mother even moved her son’s hand to her butt during their smooch to the “oh-my-God-that’s-so-wrong-yet-hilarious” looks on the faces of other students.

As a former high school soccer captain, well, I can only imagine the therapy required to get over something like that. Years, maybe decades. As the mother of two young athletes, I am disgusted that the adults thought this was a. appropriate, b. harmless and c. so darn funny.

The principal apologized, and someone claiming to be a student posted their own video on YouTube saying it was no big deal and that their school doesn’t belong in the news. But once you watch the video, I think you’ll agree with the general assessment across the web of “Ewwwwwwww.”

What do you think? Funny or gross?

Posted in In the News | 3 Responses